When the Bible is Wrong About God Finish the book to know what the story is about.

There is a sacred belief in Fundamentalist Evangelicalism that every account of history and every depiction of God in the Bible is true and accurate. It is a ‘safe’ but untenable view filled with conflict. The Bible presents us with a God who is said to command the murder of thousands of women, children, and infants but also commands total non-violence and love for enemies. It’s not hard to see the tension. God just doesn’t always look the same from depiction to depiction. Which depictions are correct and which ones are wrong? Thankfully the solution is fairly simple.

Kill Them, No Wait Don’t

In the Old Testament, God commands that no one would work on the Sabbath (Deuteronomy 5:14). Instructions were so specific that God said that no one should even carry anything on the Sabbath (Jeremiah 17:21–22). And what did God say should happen if this command is broken? God says these people should have stones thrown at them until they die (Numbers 15:32-36). Now if that is how God wants to operate, who are we to argue? The problem comes when Jesus enters the scene and disregards these commands as if they were completely wrong to begin with.

Jesus heals a man who couldn’t walk and specifically tells him to break the Sabbath (John 5:5-10).

Jesus said to him, “Get up! Pick up your mat and walk.” At once the man was cured; he picked up his mat and walked. The day on which this took place was a Sabbath, and so the Jewish leaders said to the man who had been healed, “It is the Sabbath; the law forbids you to carry your mat.” So, because Jesus was doing these things on the Sabbath, the Jewish leaders began to persecute him.
John 5:8-10, 16

According to God, this man should have been stoned to death. But also, according to God, this man should be healed and spared. This isn’t the only time God seemingly contradicted himself either. God commands that adulterers should be put to death (Leviticus 20:10). Yet God also halts the execution of an adulterer and shames the executioners for attempted murder (John 8:3-11). Does God want adulterers to die or not?

There are times when Israel’s recorded understanding of God contradicts the teachings of Jesus. For instance, in Deuteronomy 28:1-24 it is stated that God sends rain on the righteous, but no rain on the unrighteous. However, when Jesus tells us to love our enemies, he says it is because God “sends rain on the righteous and the unrighteous” (Matthew 5:44-45). Which is it? Which is correct? Christians are forced to decide if this depiction of God in the Old Testament or the depiction of God in the New Testament is correct. Both cannot be correct.

God in the Old Testament says that no pity should be shown to people, and that it should be “life for life, eye for eye, tooth for tooth, hand for hand, foot for foot” (Deuteronomy 19:21). Yet Jesus says “You have heard that it was said, ‘Eye for eye, and tooth for tooth.’ But I tell you, do not resist an evil person. If anyone slaps you on the right cheek, turn to them the other cheek also” (Matthew 5:38-39). Jesus is directly quoting the Old Testament and contradicting it. Christians are forced to decide if God’s instructions in the Old Testament are correct or God’s instructions in the New Testament. Both cannot be correct.

Elijah in the Old Testament declares, “If I am a man of God, may fire come down from heaven and consume you and your fifty men!” Then fire fell from heaven and consumed the captain and his men (2 Kings 1:10). Hoping to follow Elijah’s example, James and John ask Jesus in response to opposition they were experiencing, “Lord, do you want us to call fire down from heaven to destroy them?” (Luke 9:54-55). Jesus doesn’t agree with James and John, but instead sternly rebukes them. Later manuscripts include the response of Jesus, “You do not know what kind of spirit you are of, for the Son of Man did not come to destroy men’s lives, but to save them” (Luke 9:55–56 NASB). In other words, Jesus is essentially saying that the way of Elijah is not of God, but instead belongs to the spirit of the one who seeks to destroy, that is, of the devil. Christians are forced to decide if the way of God is shown correctly by Elijah or by Jesus. Both cannot be correct. 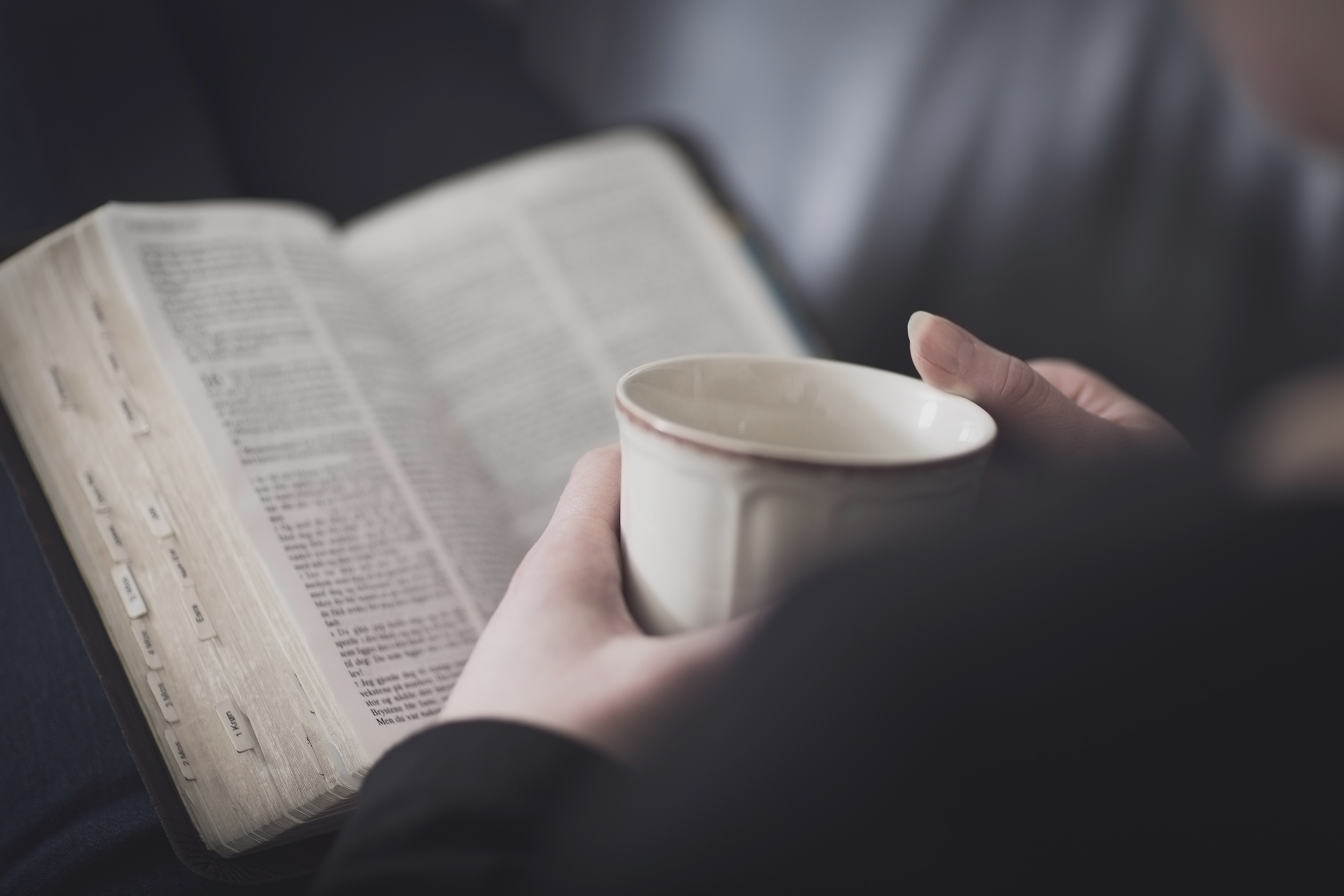 A major problem with “orthodox” Christian thinking today is that so many Christians believe what the Old Testament says about God without critically examining their beliefs in light of the New Testament. A big part of the problem has to do with the assumption that faithfulness to Scripture means accepting everything it says unquestioningly.

Approximately one thousand passages in the Old Testament speak of God’s blazing anger, of his punishment by death and destruction, and how like a consuming fire he passes judgment, takes revenge, and threatens annihilation. No other topic is as often mentioned as God’s bloody works. Over 100 passages in the Old Testament cite God as explicitly commanding people to kill people, and not just men—women, children, toddlers, and babies

Genocide, infanticide, cannibalism, and rape are all attributed to God in the Old Testament.

In contrast to this, God in the Old Testament is also described as slow to anger, abounding in love, and full of love, mercy, compassion, grace, and faithfulness (Psalm 86:15). In the New Testament God is recorded as saying we should love our enemies and pray for those who persecute us (Luke 6:27-28). Scripture says we should turn the other cheek, keep no record of wrong, not seek revenge, and bless those who curse us (Matthew 5:38-40; 1 Corinthians 13:5; Romans 12:19; Luke 6:28).

Does the Bible describe a God of love or a God of genocide? How are we to reconcile that the apparent answer to this question is that it describes both? Christians have to face the sobering fact that some parts of our Bible command us to love our enemies, while other parts command mercilessly slaughtering them. Do we get to choose, or is one of them wrong?

The Jewish religious leaders of Jesus’ day studied the Scriptures diligently and felt they knew God’s character. To them, Jesus was nearly unrecognizable as the Jewish Messiah because he did not fit their expectations. He defied many of the ethics of the Old Testament and overturned depictions of God from the past. These same religious leaders disagreed with Jesus’ views and teachings so much that they had him killed. The Jews claimed Jesus was of the devil (Matthew 12:22-26). Jesus claimed that the Jews were of the devil (John 8:42-44). There is obviously some disconnect here.

The first-century Jewish people were getting God wrong. We know this, which is why when we read what they have to say in the Gospel books we sometimes disregard their opinions and understanding of God. We know to do this when what they say or do is in contradiction to what Jesus says or does. Christians know to do this. The problem is Christians often don’t know to do this with the Old Testament as well.

The author of Hebrews tells us that something was wrong with the Old Testament (Hebrews 8:7). You read that correctly: wrong. The Bible says there’s something wrong with part of the Bible. In 2 Corinthians 3:14 Paul tells us that those who read the Old Testament without Jesus have a dull mind and a veil remains that prevents them from understanding.

Israel has always had a mix of correct and incorrect knowledge about who God is, what he wants, and what his character is like. We see this in the New Testament and we see this in the Old Testament. We see that Christ’s own disciples misunderstood God the majority of the time. There has always been a mix of correct and incorrect views recorded in Scripture. But now, since we know what God is fully like because of Jesus, we can more correctly know which depictions of God in the Old Testament are correct and which are incorrect. God came in the flesh to set the record straight.

Jesus is the exact representation of God (Hebrews 1:1-3). Jesus is the way, the truth, and the life (John 14:6). No one has ever seen God except Jesus, and only Jesus has revealed who God is (John 1:18). Jesus is how we truly know what God is like. That is the reason why Christianity is the largest religion in the world while Judaism is one of the smallest. God’s story continued on.

For the law was given through Moses; grace and truth [the Greek word aletheia basically means “reality,” i.e., things as they really are] came through Jesus Christ. No one has ever seen God, but the one and only Son, who is himself God and is in closest relationship with the Father, has made him known.
John 1:17-18

Jesus didn’t say that the Bible would guide you into all the truth; he said the Spirit would (John 16:13).

The whole Bible is a story about how humans got God wrong and how Jesus brings us into the light. The Old Testament is an incomplete and unclear revelation of God. Jesus clarifies our vision of God and calls us to rethink everything we thought we knew. We don’t have to pretend that Jesus agreed with everything written in the Old Testament, because he doesn’t. And really, that is okay.