Does God Cause Disease? Bringer of life or bringer of death.

When we look to the Bible for answers, things get a little confusing. Several times in the Old Testament, we witness God killing thousands of people with sickness and disease. The most famous example is the ten plagues against Egypt, where God kills hundreds of thousands of people (Exodus 7:14-12:36). Another example is when God sends a three-day plague that wipes out 70,000 Israelite men (2 Samuel 24:10-17). There are, of course, other cases where God sends disease (Jeremiah 21:7, 24:10, 29:17) or at least threatens to send disease (Leviticus 26:25, Amos 4:10). So we must admit that even if God doesn’t always cause disease, it seems from these examples that sometimes he does.

Far from portraying God being in control of all things, Scripture shows us that there is a cosmic war going on all around us between dark spiritual forces and God. In the Old Testament, we repeatedly are told stories about Yahweh’s conflicts with other gods. Even the Ten Commandments tell us that other gods exist (Exodus 20:3). These other gods were given dominion over the earth, but they abused their authority to the point of becoming God’s enemies.1 While going into this is outside the scope of this article, we shouldn’t completely rush by the fact that this worldview existed before the time of Jesus.2

The general assumption of both the Old and the New Testament is that cosmic forces of destruction engulf the earth, and that evil and suffering are ultimately due to this demonic siege. Jesus most centrally defined himself and his ministry in terms of making war and standing against this Satanic kingdom. Jesus and his disciples recognized that the Messiah had come to destroy the devil and his works, thereby redeeming everyone from the realm of darkness and setting them free in order to participate in the Kingdom of God (John 3:8; Colossians 1:13; Hebrews 2:14; Colossians 2:13-15). All the various aspects of Jesus’ ministry—his healings, teachings, exorcisms, his death and resurrection—attain a thematic unity only when viewed against the background of this cosmic warfare. When we see this, it begins to make sense of the fact that Jesus never went to war against the Romans, because according to Paul, “our struggle is not against flesh and blood but against the rulers, against the authorities, against the powers of this dark world and against the spiritual forces of evil in the heavenly realms” (Ephesians 6:12).

Jesus talked more about the Kingdom of God than any other topic. His teachings and parables helped explain how to be a part of God’s Kingdom, his alternative nation set up here on earth. But beyond his teachings, the other primary way he was bringing about the Kingdom was by healing sickness and disease.

Christ’s ministry was later summarized as Jesus going around “healing all who were under the power of the devil” (Acts 10:38). Not all sickness and disease are understood to be directly caused by Satan or by demons, but the ultimate reason for such infirmities is that God’s will is not the only will that determines such things. The New Testament depicts evil forces and humans as having a good deal of “say” in what transpires, and tragic afflictions are understood stood to arise from these wills, not Gods. This is found all throughout the Gospel books. Without exception, when Jesus confronted disease and sickness, he uniformly diagnosed the afflictions as something that God did not will. Scripture repeatedly specifies that it is evil forces, not God, that caused the afflictions (Mark 9:25, Luke 11:14, 13:11-16; Acts 10:38). Jesus never told a person who was sick that they were sick because it was part of God’s “secret plan,” or that it was God working in mysterious ways, or that God was punishing them or teaching them a lesson. Instead, Jesus consistently revealed what God is truly like and what his will is by healing them of their sickness and disease. 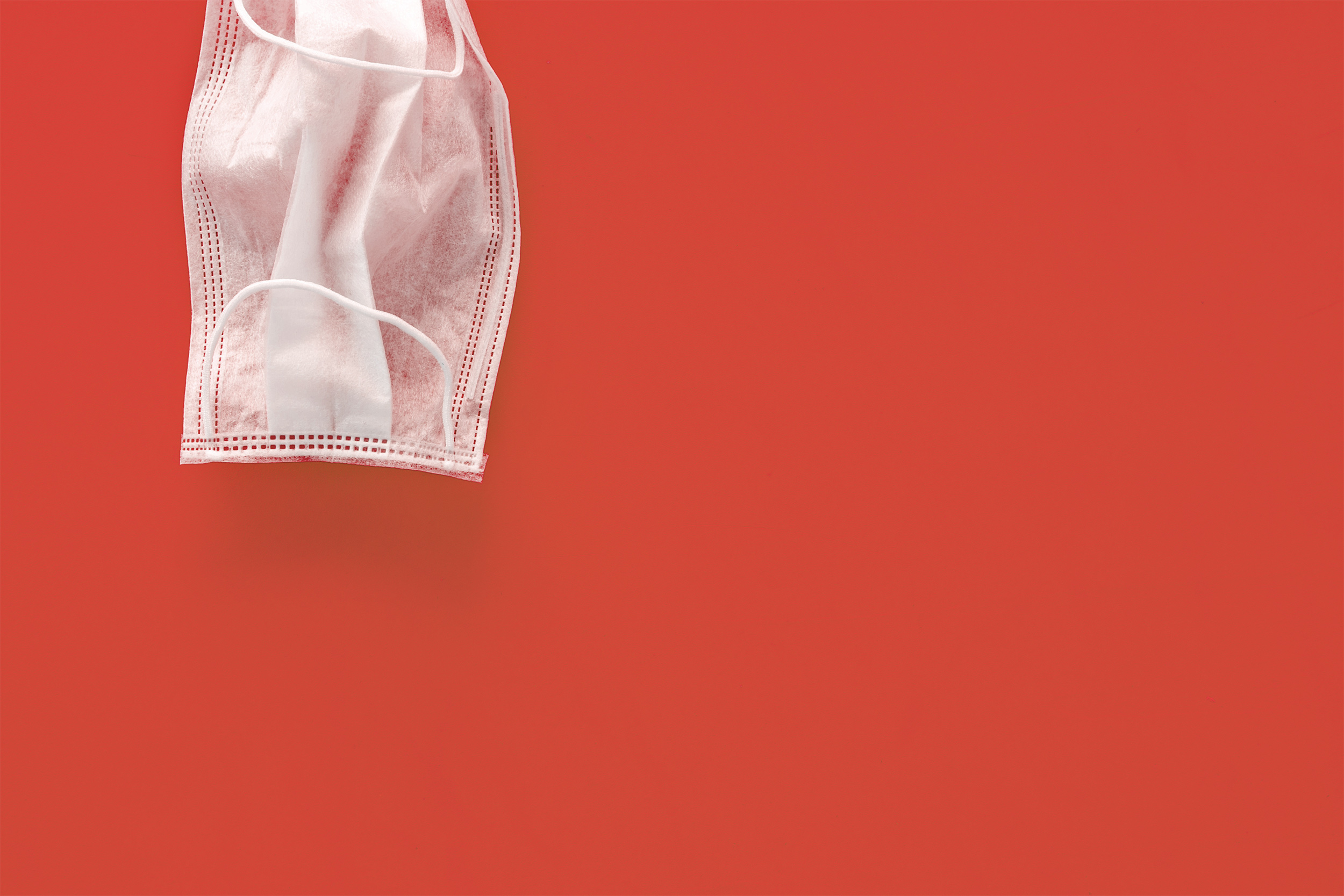 Often when we see Jesus exorcising a demon it has the effect of freeing the person from a physical ailment or disease (Matthew 9:32-33). This clearly shows us that somehow the ailment, sickness, or disease is demonically induced and evil by nature. Other times the narrative tells us that a person is demonized but when Jesus heals them no exorcism is even mentioned, clearly blurring the line between healing and exorcism (Matthew 12:22, 4:24; Luke 7:21). We also see times when a demon is not explicitly mentioned, but Jesus treats the illness as though it were a demon. For example, when Jesus heals Peter’s mother-in-law he rebukes the fever using the same language he usually uses against demons (Luke 4:39). We are constantly shown that disease and sickness are enemies of God.

Then a demon-possessed man, who was blind and couldn’t speak, was brought to Jesus. He healed the man so that he could both speak and see. The crowd was amazed and asked, “Could it be that Jesus is the Son of David, the Messiah?”

But when the Pharisees heard about the miracle, they said, “No wonder he can cast out demons. He gets his power from Satan, the prince of demons.”

Jesus knew their thoughts and replied, “Any kingdom divided by civil war is doomed. A town or family splintered by feuding will fall apart. And if Satan is casting out Satan, he is divided and fighting against himself. His own kingdom will not survive. But if I am casting out demons by the Spirit of God, then the Kingdom of God has arrived among you.”
Matthew 12:22-26, 28

When Jesus healed the man who was blind and couldn’t speak, the Pharisees claimed that he could only do this through the power of Satan. Jesus corrects them by claiming that healing came through God. More importantly, though, Jesus claims that when people are healed, Satan’s kingdom is being undone and the Kingdom of God is arriving. Christ’s overall response to people when they came to him with sickness and disease was one of compassion, revealing his conviction that what was afflicting them shouldn’t be there (Mark 1:41; Matthew 9:36, 14:14, 20:34). Jesus never gave them pat answers like, “God is in control” or “everything happens for a reason”. Instead, Jesus viewed the afflicted as being casualties of an ongoing spiritual war.

When God’s Will Isn’t Done

In the “Lord’s Prayer” we are told to pray for God’s Kingdom to come and for God’s will to be done (Matthew 6:10). This means that God’s Kingdom is not fully here, and this means that God’s will isn’t always done. There are other wills at work, namely, Satan’s. Evil spiritual forces aren’t always behind sickness, disease, and infirmities, but they always contribute to Satan’s will (Luke 13:10-16). It is God’s will to heal, not to afflict (John 10:10). Far from revealing that everything follows the will of the Father, Jesus’ teaching and ministry reveal a war zone between God and humans and spiritual forces who oppose him. The reason Jesus came to earth and died on the cross was to end this war.

Some theological systems, like Calvinism, claim that God is behind all disease. John Piper writes, “The coronavirus was sent by God… and God ordained it. God governs it. Life and death are in his hand.” 3 But if everything that happens is God’s will, including death from sickness and disease, then as Christians, we should celebrate. If every single death is part of God’s plan, then we should rejoice over all of them. We should praise God every time someone dies from disease. No. Destructive theological beliefs like this require you to twist morality into a pretzel. Piper and other Reformed thinkers believe that God spreads diseases because of the good that results from it. Even events like the Holocaust are considered God’s will in this system of belief. But if God deemed the suffering of the Holocaust worth the good that would result from it, how is God’s thinking any different than the Nazis’? In the Old Testament, we can read about God sending plagues on people, but at the very least, this is the exception to the norm, and for many, this represents an incomplete understanding of God. Thankfully, this isn’t the God we see revealed to us in Jesus Christ.

Jesus didn’t come to declare that everything that happens already manifests the Father’s will. He came, instead, to establish the Father’s will, because the world as it now is doesn’t consistently manifest God’s will. Jesus came to confront and eventually overthrow everything that does not line up with his Father’s plan for creation. Through his life, death, and resurrection, and now through the actions of those who follow him, Jesus is seeking to “destroy the works of the devil” (1 John 3:8). Jesus reveals that we shouldn’t accept infirmities and other tragedies as coming from the Father’s hand. Through the conviction provided by Scriptural accounts, we should resist sickness, disease, and infirmities as ultimately coming from wills other than God’s.

God’s War is Our War

The assumption that runs throughout the New Testament is that sickness and disease are the works of Satan, not God. Most importantly, since Jesus opposes them as he works to establish the Kingdom of God, he uses his Church to carry on his work. We must be motivated to do something about the evil of sickness and disease rather than resigning ourselves to it as though it came from the mysterious will of God. Satan and God are enemies, not allies.

To live with Christlike love we have to allow ourselves to be disturbed and unsettled by the suffering of others, not blame it on God. It is astonishing with how many times the Scriptures tell us that the mission of Jesus and his followers is to heal diseases that any Christian can attribute them to the will of God (Mark 3:14-15, 6:7; Matthew 10:7-8; Luke 9:1-2, 10:8-9; Acts 10:38). Yes, God can and does redeem suffering, but if we believe that a mysteriously good and wise divine purpose lies behind sickness, disease, and suffering then we shift the problem of evil from something we need to make war against to something we have to merely reflect upon. Rather than doing what Jesus did and told us to imitate, the problem of sickness and disease is reduced to an intellectual problem of explaining how an all-good and all-powerful God could cause what certainly are evil deeds of the devil.

If you think that God causes diseases but Jesus calls you to follow him in overturning and healing them, you are creating a divided kingdom, something Jesus said is destined to fail (Matthew 12:25-28).

Jesus did not just carry out his ministry of warfare against the powers of Satan; he commissioned, equipped, and empowered his followers to do the same. He set into motion the creation of a new humanity, one that again can exercise dominion over the earth, by giving all of us his power and authority to demonstrate and expand the Kingdom of God just like he did (2 Corinthians 5:17-21; Matthew 16:15-19; Luke 19:17-20; John 14:12, 20:21). This is what the Gospel is. Jesus gives his followers his authority to storm the gates of hell and restore what the enemy has broken (Matthew 16:18). Now that Satan has been bound this is a task we can successfully carry out (Mark 3:27). As the Kingdom of God expands the work of Satan and his kingdom will diminish. Sickness and disease have had their day but no more.