The Cost of True Freedom It can't be bought or taken away with guns.

Scripture says that “the truth will set you free” (John 8:32) and “it is for freedom that Christ has set us free” (Galatians 5:1). Freedom is not just an American theme, it’s also a gospel theme. Though both are very different, both claim to offer the ‘true’ version of freedom. It can be confusing to the average Christian who wants to know what “real freedom” is. Is it having choices? Is it a lack of coercion and constraint? Is it being able to do whatever you want? In what sense does Christ set us free, and how is that different from what the red, white, and blue promises?

At the very heart of the Christian gospel is the strange truth that real freedom is found only in giving up everything pagan culture touts as freedom. True freedom, the gospel tells us, is obedience to God by faith, even when it doesn’t make any sense. That’s not exactly the type of freedom portrayed in our culture.

Land of the Free

Freedom is very popular in America. One could easily argue that it is the most important and most sought after attribute in the nation. For many, life without freedom is not even worth living. Many are willing to kill and die to defend their ability and their loved one’s ability to do what they want. What happens when we feel our freedom, our rights, and our security, are being threatened? Americans are told by their government that hundreds of billions of dollars need to be spent every year in order to defend our freedom. “Defending freedom” is considered the height of all we deem honorable and valorous. The problem is, freedom snuffs out love.

Polls have shown that the majority of white Evangelicals think that using torture against suspected terrorists “is often or sometimes justified”.1 How is so much hostility and death possible for ‘freedom-loving’ Christian people? Well, that majority mindset is not only possible but considered morally necessary so long as freedom-as-self-will stands as the premier value. It is the inevitable fruit of our commitment to defending our rights and freedoms, our peace and security, from every hindering authority, obstacle or inconvenience. Moreover, that kind of freedom demands someone else’s rights and freedoms to be sacrificed, as well as their peace and security to be violated. Unfortunate is the way of empire.

When freedom is defined the way the world defines it, anyone or anything that comes between us and freedom becomes the enemy. Whether it is a neighbor, a foreign military, or our own government. Whether they are trespassing on our property or creating new gun laws, impositions on our freedom are considered offensive and immoral because our personal autonomy comes first. This type of freedom becomes even more important than human life as we have seen in countless examples, whether it be home invasions or military strikes.

Is freedom, defined as “being able to do what you want,” the ‘”freedom for which Christ set us free” (Galatians 5:1)? Has being able to do whatever we want really freed us from fear? From the power of Satan, sin and death? From oppression, obsession and addiction? From the economic, political and religious beasts that devour? What we now typically call ‘freedom’ sounds more like pride, self-preservation and idolatry.

Christians once defined true freedom simply as a byproduct of living according to the ways of Jesus.

True freedom is found not in insisting on one’s own rights, but in freely giving them up by being a servant to Jesus Christ first and the people of God second. All that’s pretty hard for 21st-century Americans—brainwashed by modernity’s extreme emphasis on individualism and liberty—to swallow. We are bombarded from childhood with the message that freedom means self-assertion, insisting on your rights, throwing off constraints and creating yourself.

No truth is more pervasive in Scripture and Christian tradition than this one: that real freedom is found in actually surrendering our will to the way of Jesus, through obedience and servanthood, and yet no truth is more incongruent with modern culture. Here we stand before a stark either-or: the gospel message of true freedom versus the culture’s ideal of self-creation, autonomy, and living “my way.” How can we achieve true freedom? 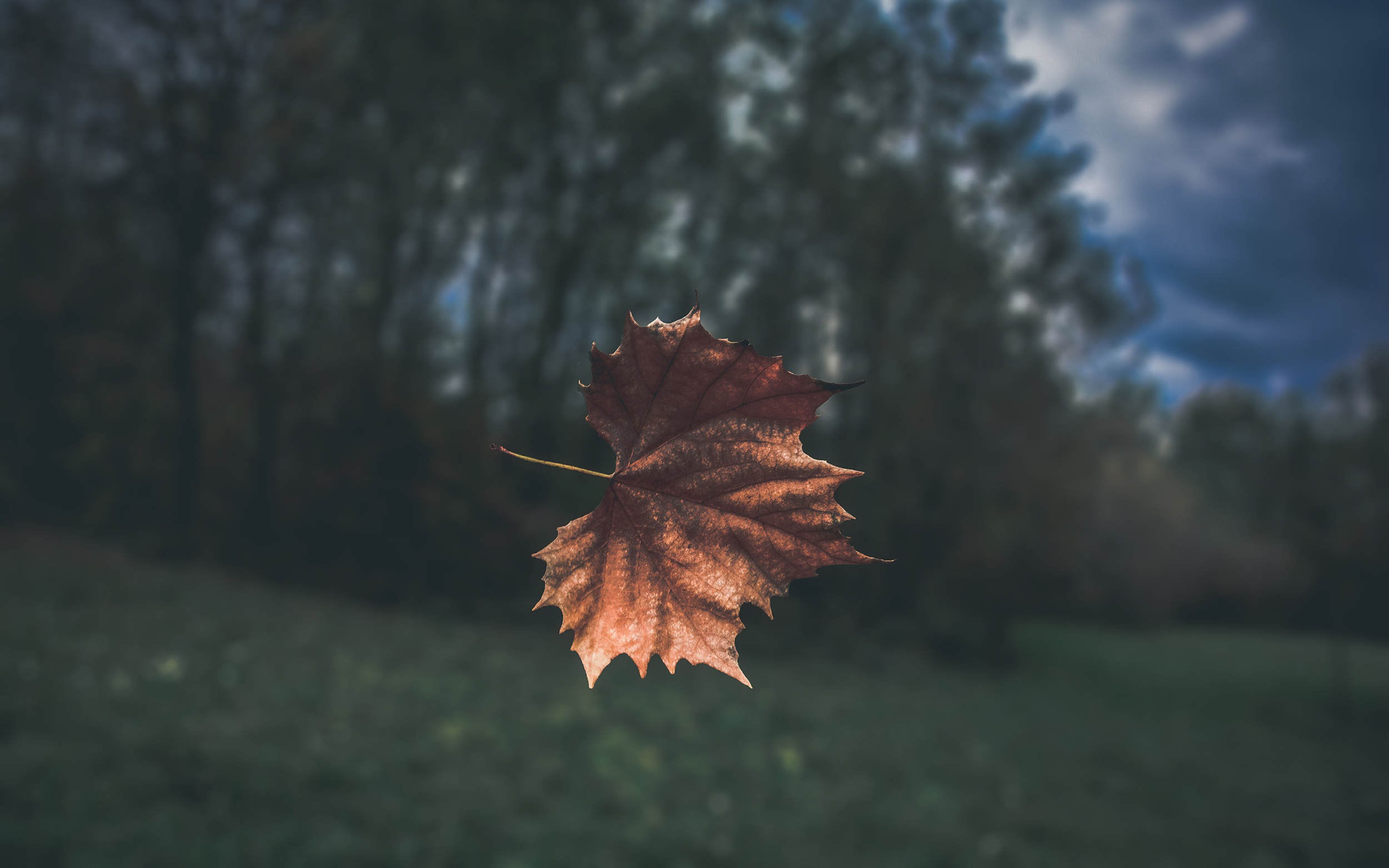 The contrast between the gospel truth of real, true freedom and its satanic substitute begins to unfold in the Genesis story of humanity’s origins and fall. According to Genesis 2, God gave the first humans freedom: “You are free to eat from any tree in the garden; but you must not eat from the tree of the knowledge of good and evil” (Genesis 2:16-17). Conditioned as we are by American culture and its obsession with autonomy, our first reaction is: “How is that freedom?” To us, freedom with limitations is not freedom at all.

Nowhere does this counterintuitive theme become clearer than in the New Testament. Jesus said to his disciples: “For whoever wants to save their life will lose it, but whoever loses their life for me will find it” (Matthew 16:25). “If any of you wants to be my follower, you must give up your own way, take up your cross daily, and follow me” (Luke 9:23). Again, to his disciples: “Whoever wants to become great among you must be your servant, and whoever wants to be first must be your slave” (Matthew 20:26-27). Throughout his epistles, Paul counsels giving up rights and freedoms for the sake of spreading the gospel and protecting others’ consciences (Romans 14 and 1 Corinthians 8). Paul found real freedom in giving up his rights: “Though I am free and belong to no one, I have made myself a slave to everyone, to win as many as possible” (1 Corinthians 9:19).

Take up your cross? Lose your to life to save it? Die to live? Serve? Follow? Christ’s words rebel against every instinct of worldly freedom one could imagine. Instead of doing what we want, we do what Jesus wants. Instead of preserving our lives, we give our lives up. Instead of serving ourselves, we serve others—including deadly enemies. This gospel theme of true freedom through obedience, self-sacrificial love, and servanthood is so pervasive in the Bible that it cannot be missed. And yet, because of our culture’s overriding emphasis on autonomy, we miss it all the time.

Only Christlike love produces true freedom. Christlike love is willing, not willful. Consensual, not coercive. Faithful, not forceful. It serves and places love higher than trying to get one’s own way. The night before Jesus is murdered he prays, “My Father, if it is possible, may this cup be taken from me. Yet… if it not possible for this cup to be taken away unless I drink it, may your will be done” (Matthew 26:39, 42).

Christ laid down his rights, his comfort, self-preservation, and will for the Father’s. When he is betrayed and Peter would “defend freedom”, Jesus says, “Put away your sword. Shall I not drink the cup the Father has given me?” (John 18:11). Jesus does drink from that cup when he is tortured and murdered. “This,” says John, “is how we know what love is: Jesus Christ laid down his life for us. And we ought to lay down our lives for our brothers and sisters” (1 John 3:16), for our neighbors (Mark 12:31) and our enemies (Matthew 5:44). For disciples of the Lamb, laying down our lives means laying down the sword of coercion and lethal force, and picking up the cross of self-giving, radically forgiving love.

It is impossible to imitate Jesus, dying on the cross for those who crucified him, while at the same time killing people who “threaten” your freedom. It is impossible to love your enemies and bless those who persecute you, while at the same time defending your right to freedom by killing those who threaten you. The world’s freedom has to be defended with deadly force while true freedom from Christ cannot be taken away.

True freedom is not choice or lack of constraint, but being what you are meant to be. Humans were created in the image of God (Genesis 1:26). True freedom, then, is not found in moving away from that image but only in living it out. The closer we conform to the true image of God, Jesus Christ, the freer we become. The farther we drift from it, the more our true freedom shrinks. From a Christian perspective, then, freedom—paradoxically—is a kind of bondage.

The world’s freedom drives us into the bondage of sin, while the love of Christ sets us free.

Obedience that brings real freedom is motivated by self-sacrificial love. Jesus desires that we live out a life of revolutionary subordination in which we seek the good of others with no hint of asserting our own rights. In a community where everyone lives that way out of gratitude to Jesus Christ, empowered by his Spirit, true freedom abounds. Living in love, as defined by Christ, means abandoning the pursuit of the world’s definition of freedom. The good thing is that Christ-like love generates true freedom, the kind where the human heart feels fully at peace, fully alive, whole and lacking nothing! (James 1:4).