Cut Off Your ____! Why reading the Bible correctly is important.

Paul, the writer of the majority of the New Testament, in a moment of frustration in his letter to the Galatians, exclaims, “I wish they would go the whole way and cut off their dicks!” Paul was quite feisty. Of course, the verbiage recorded in scripture is a little more proper but the meaning is the same. Paul was referring to the ‘Judaizers,’ a group of people who preached a false gospel. At first, it seems like Paul’s frustration is a little extreme, but the Judaizers were undermining a major aspect of the true Gospel. The scary thing is, most Christians today are guilty of the same offense that the Judaizers were. What would cause Paul to wish you all would just cut off your dicks?

Jesus claimed that he fulfilled ‘the Law and the Prophets,’ which is shorthand for Old Covenant or Old Testament (Matthew 5:17). (The term ‘Old Testament’ just means ‘Old Covenant’1) The Old Covenant wasn’t designed to continue forever. What Jesus meant, was that he was bringing the Old Testament to its designed and intended end. The author of Hebrews claims that “by calling this covenant ‘new’, he has made the first one obsolete; and what is obsolete and outdated will soon disappear.” (Hebrews 8:13).

The law was our guardian until Christ came that we might be justified by faith. Now that this faith has come, we are no longer under a guardian.
Galatians 3:24-25

Paul and the other New Testament writers were very adamant that Jesus had brought something new to fulfill which supplanted the old. Christians are not supposed to follow the Old Testament. We are not under the Old Covenant, we are dead to it. Even Jews have been released from it (Romans 7:4, 6). We are under a much better covenant.

But now Jesus, our High Priest, has been given a ministry that is far superior to the old priesthood, for he is the one who mediates for us a far better covenant with God, based on better promises. For if there had been nothing wrong with that first covenant, there would have been no need for a second covenant to replace it.
Hebrews 8:6-7

Did you read that? According to the author of Hebrews, there was something wrong with the old covenant. “For if there had been nothing wrong with that first covenant.” The Bible says there is something wrong with part of the Bible. You see, the Bible has two different covenants: one between God and ancient Israel (the old one) and one between God and you (the new one). One is obsolete (yes, Scripture calls half of itself obsolete), and the other is your guidebook for life. The Bible is all God’s Word… to somebody. But it’s not all God’s word to everybody. And that is a good thing, Jesus came to bring something much better.

Jesus made himself clear: he fulfilled the Old Testament (ended it), he was the final sacrifice (no more sacrificial system), he was greater than the Temple (so no need for it), and all authority was given to him (none left for the Law and the Prophets). The reality that the Old Covenant had come to an end was great news, except if you were one of the Jewish religious elite. Even Jews who became disciples of Christ had a very difficult time understanding that they had to let go of the Old Testament ways. So while Paul was out preaching to the Gentiles, a group of Jewish Christians called ‘Judaizers’ were out preaching that you had to follow the law of Christ and the law of Moses.

Certain people came down from Judea to Antioch and were teaching the believers: “Unless you are circumcised, according to the custom taught by Moses, you cannot be saved.”
Acts 15:1

When Paul caught wind that a church in Galatia had been visited by Judiazers he wrote them a letter (which we call the book of Galatians). We really have to look closely at what he wrote them because if we aren’t careful we’ll miss it.

I am astonished that you are so quickly deserting the one who called you to live in the grace of Christ and are turning to a different gospel— which is really no gospel at all. Evidently some people are throwing you into confusion and are trying to pervert the gospel of Christ.
Galatians 1:6-7

Paul is making two really bold claims here. One, is that trying to combine the Old and New Testaments is not really the gospel at all. Two, that mixing the Old and the New is a perversion. The thing is, Paul isn’t just talking about some parts of the Old Testament. He isn’t just referring to dietary laws or other specific parts that Evangelicals don’t wish to follow. Paul is talking about the entire law. He is claiming that combining the Testaments (Covenants) is a perversion and not the Gospel. 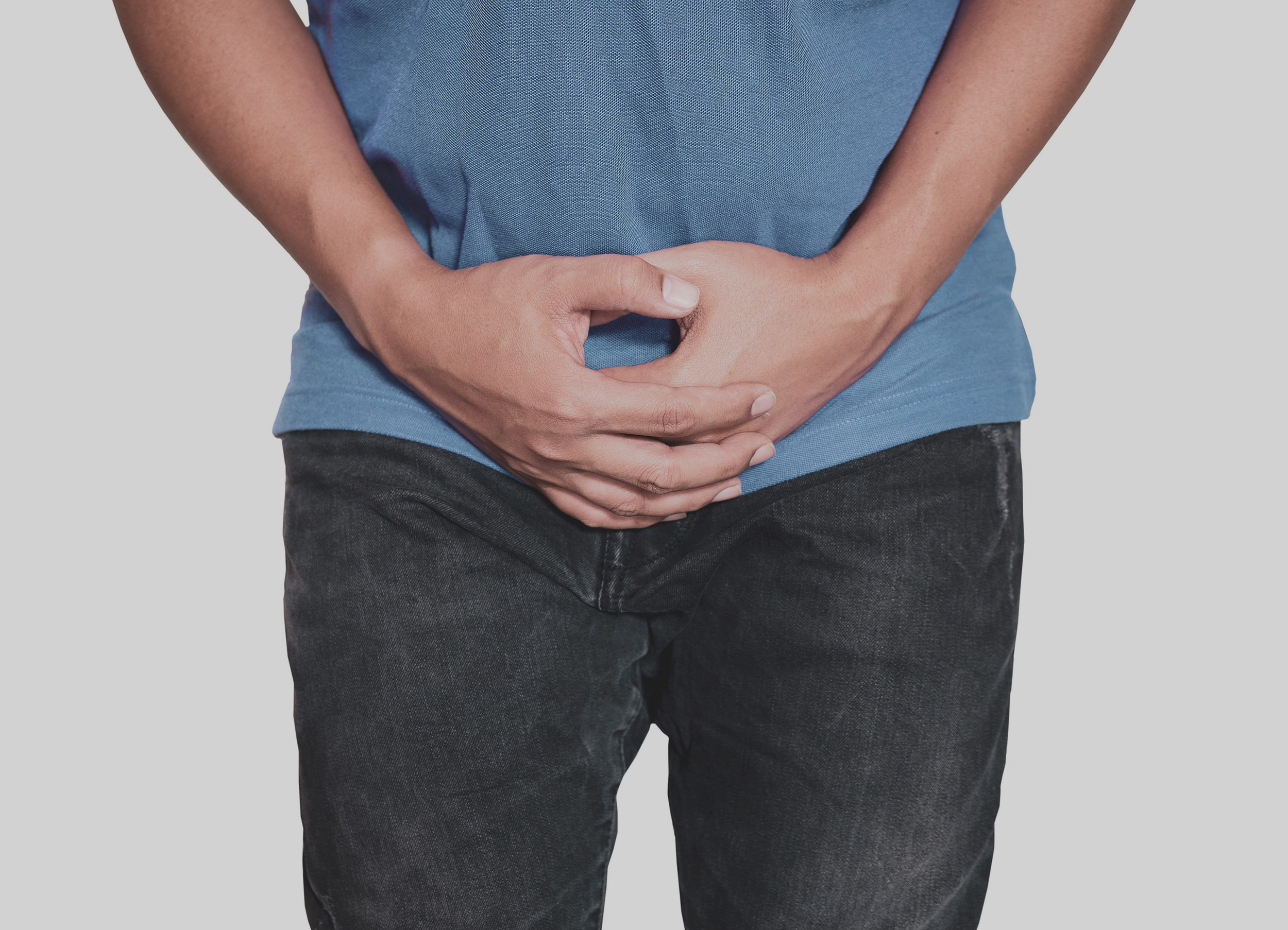 The Judiazers were teaching that Christians had to follow the Old Testament, including circumcision. Look at what Paul writes the Galatians regarding this:

Mark my words! I, Paul, tell you that if you let yourselves be circumcised, Christ will be of no value to you at all. Again I declare to every man who lets himself be circumcised that he is obligated to obey the whole law.
Galatians 5:2-3

This is a radical claim that we cannot take lightly. Paul here is saying that we cannot pick and choose parts of the Old Testament to follow. It is either all or nothing, and if we pick any of it then Jesus is of no value to us. We must understand this: the Old Testament, which describes the history of the ancient Israelites living under the now obsolete Old Covenant, is not to be followed.

Even the Ten Commandments, which are merely the first 10 of over 600 commands, are not for Christians. According to Paul, Jesus followers are dead to the Ten Commandments (Romans 7:4). Let’s be clear: the Ten Commandments have no authority over you. None. If that makes you uncomfortable, it’s because you have unwittingly embraced the version of Christianity that Paul spent his ministry warning against. One should be very worried that “Christians” are behind the movement to post the Ten Commandments in classrooms and courthouses. Paul would be, and he has some pretty disturbing advice for those who wish to continue to blend the Old and New.

Cut Off Your What?

If you read Paul’s letter to the Galatians it isn’t too hard to pick up on the fact that he is pretty annoyed at the whole situation.

For in Christ Jesus neither circumcision nor uncircumcision has any value. The only thing that counts is faith expressing itself through love. The one who is throwing you into confusion, whoever that may be, will have to pay the penalty. As for those agitators, I wish they would go the whole way and emasculate themselves!
Galatians 5:6, 10, 12

The word emasculate (Greek word ‘apokopto’) means to castrate, or rather to cut off your genitals. Paul wishes that if anyone is going to try to follow some of the Old Testament while claiming to follow Jesus they should just cut off their dick. Sure that’s a crass way of putting it, but it’s right there in Scripture, you can’t make this up.

Paul says the Old Testament is useful for teaching, rebuking, correcting and training (2 Timothy 3:16). But, Paul also says that if we aren’t reading it with Christ in mind, then our minds are dull and a veil remains until we let Jesus take it away (2 Corinthians 3:14). There is a lot of terrible stuff in the Old Testament and if we read it without Jesus we’re bound to get into all sorts of trouble. The Old Testament has been used to justify slavery, women as property, forced conversions, and genocide. Paul gives a sharp (get it?) warning to those who try to use it over and above Jesus.

When the Romans invaded Jerusalem in the year 70 AD and destroyed the Temple, it marked the full and complete end to the Old Testament. The promises in the Old Testament are not promises made to you. Those promises were made to ancient Israel, not you. The Old Testament is the sacred prequel that gives the backdrop that explains why we needed Jesus all along. But everything in your Bible from Exodus through Malachi, while full of rich history and ancient perspective, is not your covenant. You are not bound to it. It is not an example for you to follow.