The World is Getting Better How God's nation takes over the entire Earth.

It has been 2,000 years since the promised Messiah finally came and announced the arrival of his nation and defeated his enemies. He was victorious. If he really was the Messiah and achieved victory on the cross then why is the world getting worse and worse? How is that victory? For the past few decades in the west, the idea of a coming Great Tribulation, an Antichrist, Armageddon, and the Rapture has captured the imagination of pop-Christianity and altered the evangelical’s understanding of Christ’s power to overcome the world.

These beliefs are rooted in the idea that Satan wins (if only temporarily) and teaches people to be fatalistic. It re-empowers a disempowered devil (Luke 10:19; Colossians 2:15). It is worth noting that this doom-and-gloom “end times” system of beliefs has not been held by the majority of Christian thinkers throughout the past 2,000 years (it was invented less than 200 years ago). Instead, the idea of “end times” involved increasing peace, decreasing violence, and the spread of the Kingdom of God. So which is it? What does Scripture say? What do the facts say?

A Nation That Supplants All Others

The first concept we have to understand when we think about the trajectory of human history is the Kingdom of God. A simple definition of a kingdom is “a domain where a king rules,” essentially a nation. The Kingdom of God implies a King, and of course Jesus is that King. Christ’s nation, and citizenship in it, is what the Gospel is all about (Matthew 4:23). The Kingdom is where God’s will is done here on Earth as it is in heaven (Matthew 6:10). This nation is described by Jesus as a plant that starts out as the smallest of seeds but turns into the largest plant in the garden:

What shall we say the kingdom of God is like, or what parable shall we use to describe it? It is like a mustard seed, which is the smallest of all seeds on earth. Yet when planted, it grows and becomes the largest of all garden plants, with such big branches that the birds can perch in its shade.
Mark 4:30-32

If the Kingdom of God expands to become the largest plant (nation) in the whole garden (earth) then that means that large and powerful empires of the world will need to fail and crumble. This is exactly what the book of Daniel prophecies. God gave the prophet a vision of history represented by a towering statue. This statue prophetically unveils the four world empires of Babylon, Medo-Persia, Greece, and Rome.1 In the vision, the four empires are struck and destroyed by a small rock: “…the rock that struck the statue became a huge mountain and filled the whole earth” (Daniel 2:35). As Daniel’s vision continues, he further learns that this stone, which grows into a mountain, is none other than the Kingdom of God:

In the time of those kings [during the period of the Roman Empire] the God of heaven will set up a kingdom that will never be destroyed, nor will it be left to another people. It will crush all those kingdoms and bring them to an end, but it will itself endure forever.
Daniel 2:44

Daniel also sees Jesus being enthroned as the King of that Kingdom (Daniel 7:13-14). Some have assumed this is a description of the second coming of Christ, but to assume that is to ignore the clear fact that Daniel’s vision said this would occur during the time of the Roman Empire. This prophetic vision was the inauguration of the Kingdom of God during the first advent of Christ. And sure enough, it was. Jesus has set up his Kingdom, a nation without end that will crush every other nation. 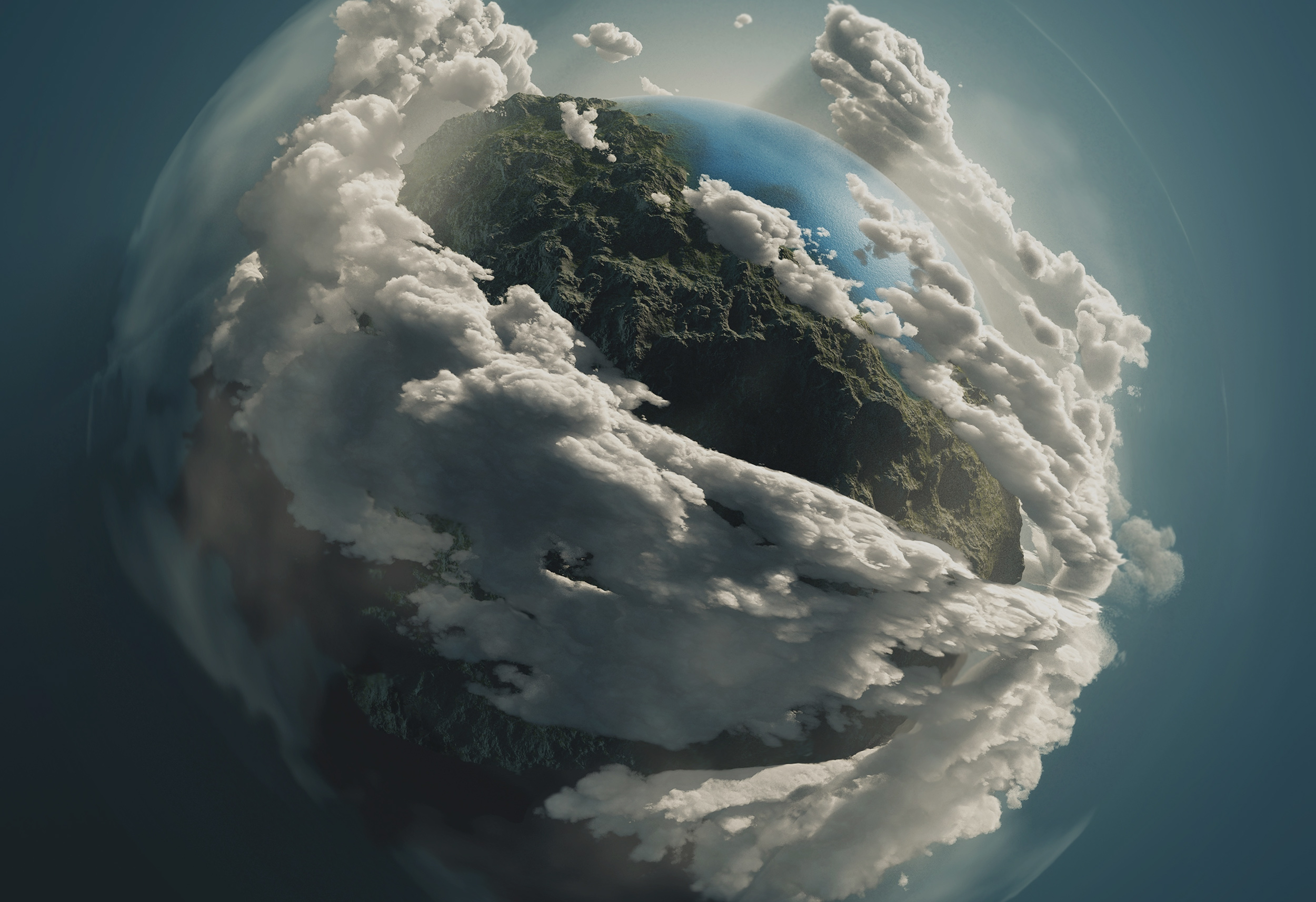 When Will Jesus Return?

Jesus taught that the “the gospel of the kingdom,” which included “healing every disease and sickness” (Matthew 9:35) is here now (Mark 1:15, 9:1; Luke 11:20) but also that it is coming more in full (Luke 19:11). Not only did Jesus preach the Kingdom of God, but he also instructed his disciples to preach the in-breaking Kingdom (Luke 9:1-2, Matthew 10:7). The Bible speaks of a progressive restoration as the dominion of the Kingdom grows that we are to experience before Christ’s return.

Repent therefore and be converted, that your sins may be blotted out, so that times of refreshing may come from the presence of the Lord, and that He may send Jesus Christ, who was preached to you before, whom heaven must receive until the times of restoration of all things, which God has spoken by the mouth of all His holy prophets since the world began.
Acts 3:18-21

Many Christians have often taken a stance of waiting and longing for Jesus to return. But here we see that Jesus will remain in heaven until certain things are done. In reality, it is Jesus who is waiting and longing for us to finish the work he told us (and empowered us) to do; then he will return. The apostle Peter even claims that we can cause Jesus to come more quickly.

You ought to live holy and godly lives as you look forward to the day of God and speed its coming.
2 Peter 3:11-12

Jesus is not waiting for the world to become worse, sick, destroyed, or in need of rescue before he returns (we don’t have to wait for a tribulation); he is waiting for all things to be restored. He is waiting for a Church that will be glorious, and without spot or wrinkle (Ephesians 5:25-27). Even though Jesus could have called legions of angels to subdue the earth and enforce the Kingdom of God upon every person of every nation, his plan was to use people like you and me, empowered by his Spirit, to spread the good news of the Kingdom. From these Scriptures, it seems clear that Christ will not come back until the conditions are met and even that our preparations can hasten the day of his return.

What started as a small mustard seed has already grown into a very large plant. When the Spirit was first poured out on the early Church, 3,000 people were saved in one day (Acts 2:41). That was amazing. Back then, it was a huge number. However, today approximately 3,000 people get saved, scattered throughout the world, every 54 minutes!

The number of Christians around the world has nearly quadrupled in the last 100 years, from about 600 million to more than 2.3 billion, representing 33 percent of the world population. More than 80,000 people are joining God’s Kingdom daily.2 That adds up to more than a half million people who are becoming Christians every week.3

From our perspective in America (and Europe), where church membership is stagnant or declining4, this sounds like a cooked-up fantasy, but it is true. This is the biggest shift in history. Looking at the statistics, we can clearly see that if growth continues at this rate, whole nations will experience transformation on all levels. The tiny seed that started in the middle east has grown to permeate the whole planet. We are in the early stages of a total transformation of the world. 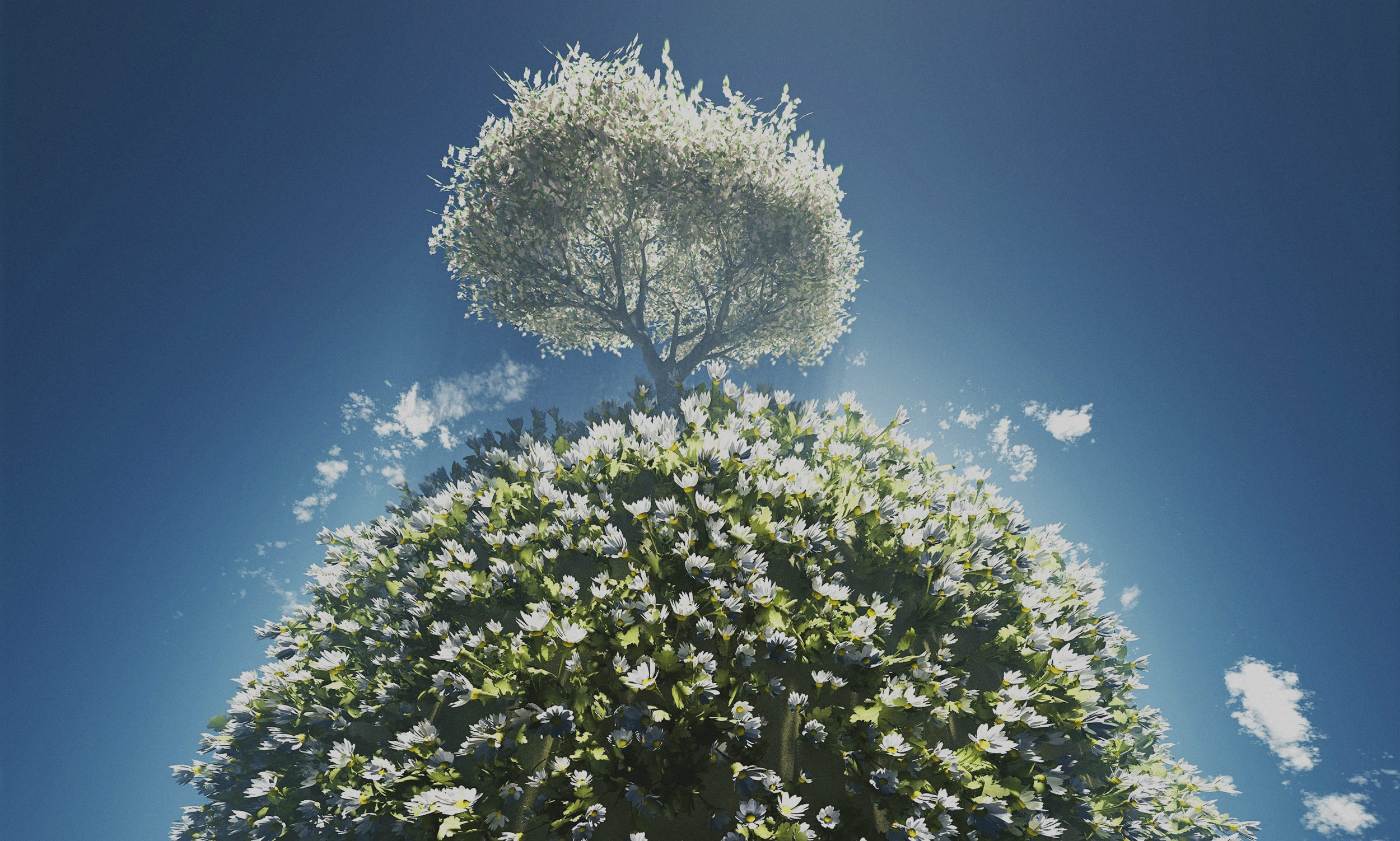 The Influence of Jesus

Make America great again? We seem to have forgotten how bad things used to be. In the 1800s, more than 40% of the world’s newborns died before the age of five. There were about five million immigrants in the United States, but 20% of them were slaves. The age of sexual consent in many states was nine or ten years old.5 Abortion was legal throughout most of the 19th century and records tell us that more than one fifth of all pregnancies were aborted.6 Alcoholism was much higher than it is today. Prostitution was also much higher, with New York having approximately one prostitute for every 64 men; and the mayor of Savannah estimated his city had about one in 39.7 Nearly 100 million native people were killed in a massive genocide. Women could not vote, and men could legally beat their wives as long as they did not maim or kill them. Things were not better morally, ethically or spiritually.

As the influence of Jesus has spread around the world, nearly every aspect of our existence has grown more peaceful, healthy, and loving.

If you read or watch the news, you’ll likely think the world is falling to pieces. But there’s another story, a story the news doesn’t often report. This story is backed by data, and it says we’re actually living in the most peaceful, abundant time in history. The reality that’s often clouded by a constant stream of bad news is we’re actually seeing a massive drop in poverty, smaller and more infrequent wars, a sharp decline in abortions, fewer deaths from violent crime, and more preventable diseases than ever before. Violence has been in decline for thousands of years, and today we are living in the most peaceful era in the history of the world.

The Ever Expanding Kingdom

Jesus has been sitting at the right hand of God for more than 2,000 years waiting on us to continue his work as his body. The assignment of the Church has been to crush Satan under our feet (Romans 16:20). As his delegated authorities, by crushing Satan under our feet, we are placing him under Jesus’ feet (Hebrews 10:12-13, 1 Corinthians 15:24-26). In this way, we are part of a progressive destruction of the demonic kingdom, which will continue until death, the final enemy, is destroyed.

The idea that the world is getting worse is just factually wrong.

The lie that the world is getting worse has caused the church to sit back and let Satan do what he wants, while condoning it as “God’s will” or “a sign of the times.” This lie has caused the Church to empower the devil by anticipating evil in current events. Even though the world is not anywhere near perfect yet, it is consistently becoming morally, ethically, and spiritually better. We must be watchful and hard at work, for we still have much to accomplish before Christ’s return, but we must do this with the understanding that we are gaining ground, not losing it.

The increase of God’s government and peace is truly without end (Isaiah 9:7), meaning that once God’s Kingdom arrives (which it already has), it will expand forever, destroying darkness as it goes. We are living in the most incredible season of human history thus far. The amount of people turning to Jesus is of historic proportions, far greater than any of the early apostles ever witnessed. Why should we expect anything different? Jesus was victorious and history should show this! The Kingdom arrived in the first century when the rock cut without hands, Jesus, crashed into the Roman Empire, and it has been growing ever since.

The fundamental idea that the world will get better and that the Church will rise in unity, maturity, and glory before the return of Jesus was the common belief of the historic Church before the mid-twentieth century.
We need to recapture this vision and spread it.