The god of America How all world leaders are servants of Satan.

In America’s pledge of allegiance to its flag, you’ll hear “One Nation Under God.” On all of America’s currency, you’ll read “In God We Trust“. The latter is the official motto of the United States. So who is this god that America speaks of? After all, “god” is not a name, it is a title. Does this god of America have a name? Let’s use the Scriptures to find out.

Many Christians are very certain there is only one god, named Yahweh1, but the Bible actually strongly challenges this presupposition. Take the very famous Ten Commandments for instance; the first commandment is “you shall have no other gods before me” (Exodus 20:3). What is going on here? Is the Lord pandering to the Israelite’s ignorance or is he stating something about reality? Are there really other gods or not? This commandment isn’t trying to mislead anyone. In the Biblical worldview, there are many gods.

Then Moses and the Israelites sang this song to Yahweh: “I will sing to Yahweh, for he is highly exalted… who among the gods is like you, Yahweh?”
Exodus 15:1,11

Clearly, the authors of the Bible thought that there were gods other than Yahweh. In the Exodus story, we see Yahweh declaring war on the gods of Egypt (Exodus 12:12). These other gods are real, and these gods have real power. Their power is not limitless though, Scripture depicts these gods as having power and authority over specific regions and nations.

In the story of King Solomon, we learn that he had 700 wives from other nations. Some were Egyptians, Moabites, Ammonites, Edomites, Sidonians, and Hittites. They were from nations that Yahweh had told the Israelites, “you must not intermarry with them, because they will surely turn your hearts after their gods” (1 Kings 11:1-2). Scripture says that Solomon “followed Ashtoreth the goddess of the Sidonians, and Molek the detestable god of the Ammonites. On a hill east of Jerusalem, Solomon built a high place for Chemosh the detestable god of Moab, and for Molek the detestable god of the Ammonites. He did the same for all his foreign wives, who burned incense and offered sacrifices to their gods.” (1 Kings 11:5, 7-8)

Notice that these gods are called by name. Notice that nowhere in the text are they claimed to be false gods or not real. There are gods in this story with power and authority over geographic regions and ethnic groups. Deuteronomy 32:7-9 tells us that Yahweh gave authority over specific regions and nations to specific spiritual entities called “sons of God” but saved the people of Israel for himself.2 The sons of God in the Bible are referred to as “elohim” which is the Hebrew word for “god.” Just like humans rebelled against Yahweh, we learn in Scripture that the sons of God did as well.3

In the book of Daniel, we see that an angel is delayed in answering a prayer because he was doing battle with an evil spiritual entity named the prince of Persia (Daniel 10:12-13). In a Greek translation of Daniel, a text many scholars consider even older than the Septuagint currently in use, the prince of Persia and Israel’s prince, Michael, are both described with the Greek word archōn. This is significant because this is the same term Paul uses when describing the “rulers of this age” (1 Corinthians 2:6, 8), the rulers “in heavenly places” (Ephesians 3:10) and “the ruler of the authority of the air” (Ephesians 2:2). By the time we get to the New Testament these gods are now referred to more abstractly, in order to further highlight the supremacy of Yahweh, but their power and influence are still highlighted and reinforced constantly.

The gods of this World

Paul, when describing powerful evil spiritual beings, he often interchanged several terms: “principalities” (archē), “powers”/”authorities” (exousia), “powers” (dynamis), “dominions”/”lords” (kyrios), and “thrones” (thronos). These terms have something in common—they were used in both the New Testament and other Greek literature for geographical domain rulership. This is the divine dominion concept of Deuteronomy 32:8-9 carried on in a New Testament context. At times these terms are used of humans, but several instances demonstrate that Paul had spiritual beings in mind. Jesus used some of the same terminologies to refer to Satan.

Jesus refers to Satan as “the prince” or “ruler” of this world three times (John 12:31; 14:30; 16:11). The term Jesus uses is “archōn” and was used in secular contexts to denote the highest official in a city or region. In short, Jesus acknowledges that Satan is the highest power of this present fallen world, at least in terms of his present influence. When Jesus was tempted in the wilderness his story confirms that Satan was given all authority over all the nations of the world (Luke 4:5-7).

As for you, you were dead in your transgressions and sins, in which you used to live when you followed the ways of this world and of the ruler of the kingdom of the air, the spirit who is now at work in those who are disobedient.
Ephesians 2:1-2

In Ancient Near Eastern cultures the “air” was used to describe dominion over the earth. Scripture says that this demonic spirit is at work in nations of the world. This demonic spirit was at work in the creation of Babylon, Persia, Greece, Rome, and America. While the Bible confirms that there are gods who rule over regions and nations, the understanding by the time we get to the New Testament is that Satan is the chief ruler over these other spiritual beings. 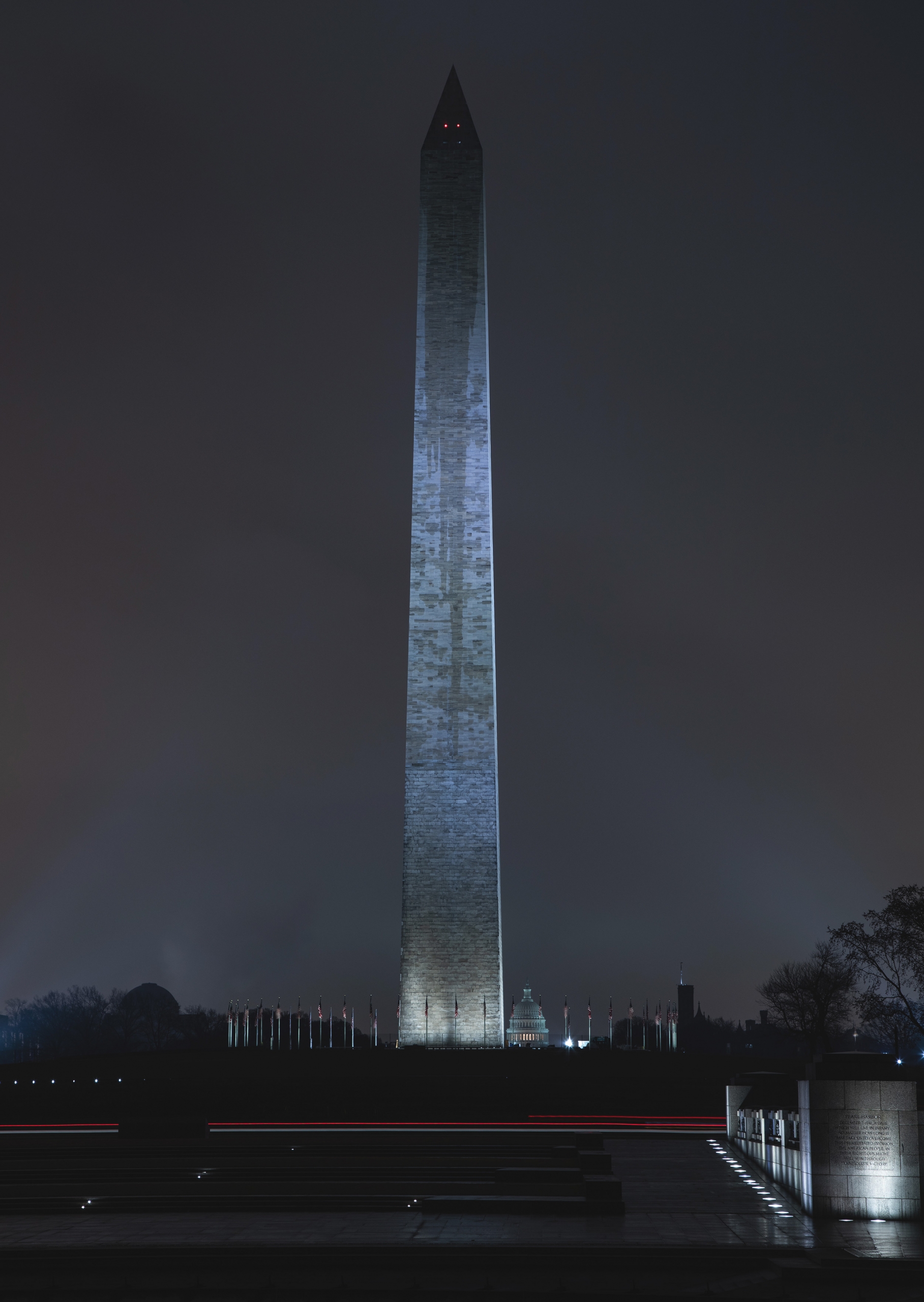 The god of All Nations

All over the New Testament, we read about how Satan is the ruler of this world. The reason Jesus came was to destroy the works of Satan (1 John 3:8).

The god of this age has blinded the minds of unbelievers, so that they cannot see the light of the gospel that displays the glory of Christ, who is the image of God.
2 Corinthians 4:4

Satan, the god of this age, blinds the minds of unbelievers so they cannot see the light of the Gospel that displays the glory of Jesus, who is the very image of God. Paul just comes right out and says it. Satan is a god.

We know that we are children of God, and that the whole world is under the control of the evil one.
1 John 5:19

John here makes a shocking claim; the whole world is under the control of Satan. We have to take a minute here and reflect on the weight of all this. Satan is the god of this world and all nations are under his control (2 Corinthians 4:4, 1 John 5:19, Luke 4:5-6). While, according to Scripture, there are certainly lower gods who rule specific nations, Satan is named as the chief god who rules over all of them. This truth has staggering implications that should radically change how Christians view the world and interact with nations of this world that Satan rules.

We know that Satan lives here on earth (Job 1:7, Luke 10:18). In fact, the book of Revelation, says that the throne of Satan was in the city of Pergamum, an ancient Greek city that was conquered by the Romans (Revelation 2:12-13). Is that where Satan’s throne still resides? It’s doubtful, as it is nothing but ruins today… Satan has probably set up camp somewhere more powerful.

Since Satan, not being all-powerful or omnipresent, can’t focus on everyone, he raises up corrupt leaders in government, business, media, and entertainment to shape culture according to his will (Daniel 8:25). These rich and powerful men and women work to deceive the masses because they are themselves deceived (2 Timothy 3:13). The system of power needed to rule over people in countries is government. For this reason, we have to look at human-government as evidence of Satan’s rule. This is precisely why God warned us not to have governments run and ruled by humans because it is a rejection of him. He warned that the seeds of government would result in the fruit of Satan (1 Samuel 8:10-18).

Let’s take a look at America. The United States was founded by the leader of an occult group that worships the god “Jahbulon.”4 The world’s largest Egyptian phallic symbol of power, the obelisk, representing the sun god “Ra,” was erected in this occult leader’s honor in the U.S. capital.5 The capital of America is called Washington D.C. named after that occult leader. “D.C.” stands for “District of Columbia,” but what is Columbia? Columbia is the personification of America’s goddess, appearing as an angel of light, bearing a torch (2 Corinthians 11:13-15). Flanking the entrance to the Capitol Building is a statue of Mars, the Roman god of war.6 In Washington D.C. there is no Christian imagery. Covering every government building, in every state, you will find pagan imagery of demonic Greek and Roman gods.

Rejecting the god of America

The battle for this earth is primarily between truth and lie (John 8:44). Satan is referred to as “the destroyer” who “deceives the nations” (Revelation 9:11; 20:3, 8; 13:14). Satan’s lies are so widespread that deception is our normal. This bears repeating, deception is our normal. [g]ods only have as much power as we give them. They bring death and destruction only by the hands of people who have fallen into their deception. The god of America only has as much power as our worship gives him (John 8:44). Since the devil comes to steal, kill, and destroy, this worship comes through the form of taxation, violence, and oppression (John 10:10). The consolidation of satanic power through the form of government allows Satan to enact his will all over the world.

The devil led [Jesus] up to a high place and showed him in an instant all the kingdoms of the world. And he said to him, “I will give you all their authority and splendor; it has been given to me, and I can give it to anyone I want to. If you worship me, it will all be yours.”
Luke 4:5-7

Christians should never place any hope in any type of government or president since they all must serve Satan in order to have that power. We must remember that Scripture tells us that any power in government is not received unless Satan is worshipped. This must be repeated: No one in government has any power unless they worship Satan, the god of America. Jesus is the one who tells us this. Either we can accept this as truth or we can ignore it. Which will you choose?

Read more here on how we are supposed to live in Satan’s nation.