The Wacky Biblical View of Marriage Why we should rethink what we base marriage on.

Christians will often appeal to the “Biblical view” when advocating for monogamous heterosexual marriage. The problem is, while a marriage between one man and one woman is definitely a valid “Biblical view of marriage,” it is also just one of many different views on marriage presented in the Bible. Monogamy isn’t the only “Biblical view” of marriage. By claiming that it is, what Christians are attempting to do is single out that one particular view and claim that it trumps all others presented in the Bible. But can we do this? And if so, why can we do this?

One Man One Woman

The most commonly accepted “Biblical view of marriage” is between one man and one woman. In Genesis it seems to explain “marriage” this way:

That is why a man leaves his father and mother and is united to his wife, and they become one flesh.
Genesis 2:24

Even Jesus quotes this passage of Scripture when the Pharisees inquire to him about divorce (Matthew 19:3-6). In his letters to Timothy, Paul wrote that church elders are only to have one wife (1 Timothy 3:2). This, it seems, is not just for elders because Paul also wrote: “each man should have his own wife, and each woman her own husband” (1 Corinthians 7:2). Paul explains marital responsibilities in terms that make sense only with one husband to one wife.

Overall it seems that the New Testament stands uniformly united on the “Biblical view of marriage” being between one man and one woman. The Bible isn’t only comprised of the New Testament though. The majority of the Bible is contained in the Old Testament, and it has differing views on what marriage can or should be.

One Man Many Women

In the Old Testament, we find several different views on what is acceptable to call “marriage.” Abram/Abraham, the Old Testament patriarch, had more than one wife (Genesis 25:1). He also took his Egyptian slave and made her his wife (Genesis 16:3). Abraham didn’t just have multiple wives; he also had several concubines1 (Genesis 25:6). Abraham’s grandson, Jacob, was married to both Rachel and Leah, as well as concubines (Genesis 35:22).

Even King David had many wives. 1 Chronicles 3 lists Ahinoam, Abigail, Maachah, Haggith, Abital, Eglah, and Bath-shua. While the Bible names seven women as David’s spouses, it’s highly likely that he had many more, as well as multiple concubines (2 Samuel 12:1-10). As if 7+ weren’t a lot of wives, David’s son, Solomon, outdid David by 100 fold. King Solomon had 700 wives and 300 concubines (1 Kings 11:3). (One might justifiably ask why Christians take marriage and relationship advice from a man like that.)

Is Polygamy another “Biblical view of marriage”? While there is no explicit affirmation of polygamy, there’s also no condemnation for it. There are even laws that account for polygamy (Exodus 21:10). King David, ‘a man after God’s own heart’, is said to have not disobeyed any of God’s commands except in the case of Uriah the Hittite (1 Kings 15:5). Some might say that all this polygamy was descriptive, not prescriptive. This isn’t the case though, in some situations, polygamy is commanded (Deuteronomy 25:5). So as we’ve seen, polygamy is also another perfectly valid “Biblical view of marriage.”

So far, we’ve seen that there are at least two Biblical views of marriage: monogamy and polygamy. You can have multiple wives and concubines and still not have disobeyed God. But there are more Biblical views of marriage in Scripture. Deuteronomy 22:28-29 tells us that rape victims must marry their rapist (and never get a divorce as long as he is still alive). In the same book of the Bible, we are told that men can invade foreign lands, capture female slaves, and force them to be their wives (Deuteronomy 21:10-14). If she doesn’t please you, though, the Bible says you can set her free (how nice). Speaking of sex slaves, the Bible also says it is a father’s right to sell off his daughters (Exodus 21:7-9).

As we can see, there are many different types of Biblical views of marriage. So to recap, according to the Bible, marriage can be…

Should Christians give equal weight to every passage in the Bible that describes what a marriage looks like? Most would answer this question with a no. But why? 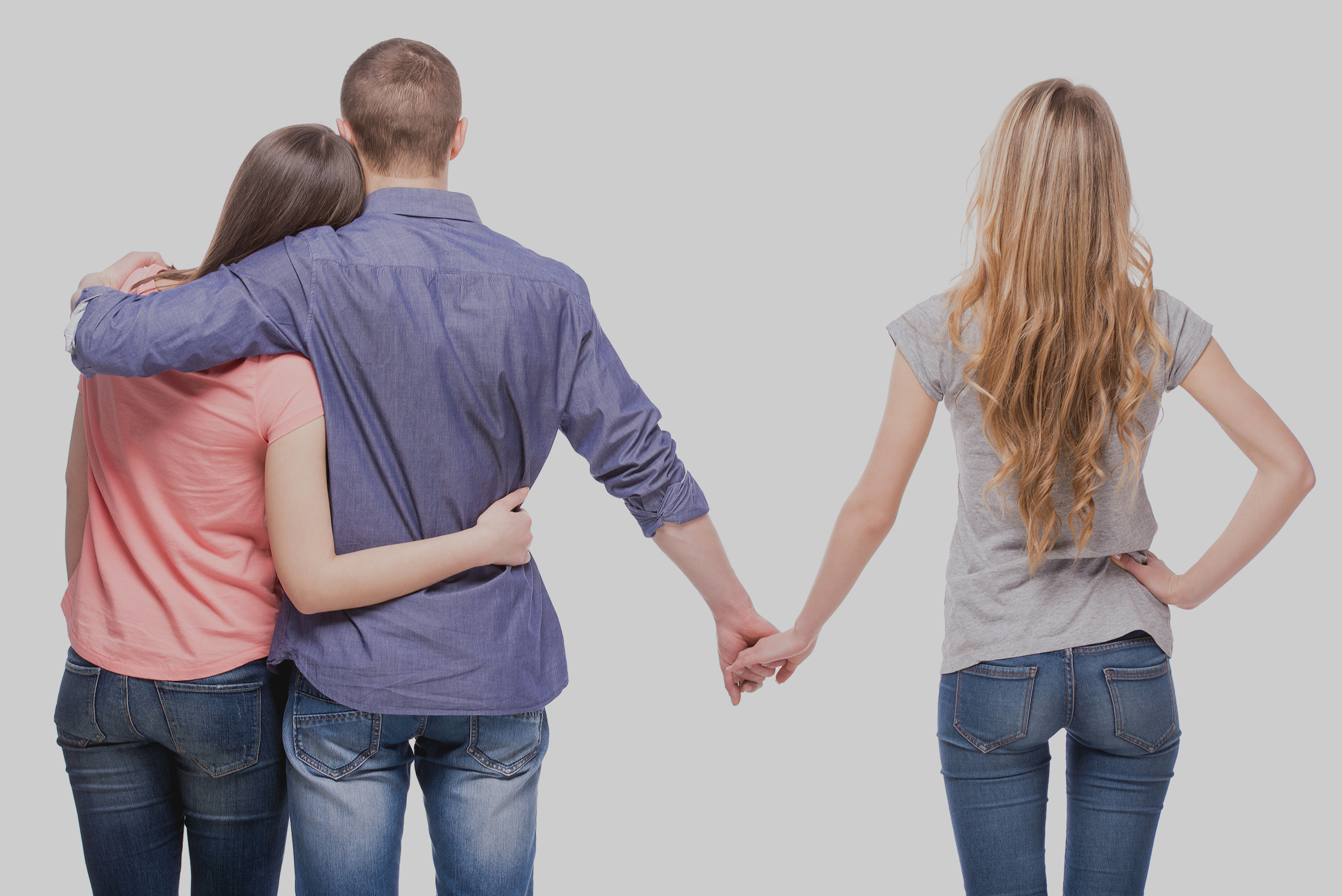 One to Rule Them All

Jesus is the reason why we have the writings we call the New Testament. Jesus fundamentally changed the way the Jewish people understood God. Jesus radically altered our understanding of how we are called to live as “God’s people.” While a “Biblical view of marriage” can include multiple wives, raping to force marriage, and taking sex slaves, Jesus calls us to a higher standard. Most Christians understand this. Following the Bible gives us many options when it comes to marriage; Jesus doesn’t. This is a great example of knowing to follow Jesus rather than just “following the Bible.” We need to remember to apply this principle to everything else.

Concerning how we should treat people, like marriage, there are many different views in the Bible. Often when learning about how serious Jesus was about loving enemies and nonviolence, many Christians will appeal to “heroes” of the Old Testament who went to war and slaughtered their enemies. The idea here is that every chapter and verse in the Bible carries the same authority, and therefore if the Bible says it, that settles it.

The only problem is that the Bible is a multi-vocal collection of writings containing many differing viewpoints on subjects. As long as we view the Bible as a “flat text” where everything has the same level of authority, we are free to do almost anything. The irony of this belief is that while it is claimed that the Bible has the final authority, in reality, it just allows the individual reader to be their own authority by choosing which verses to hold above others. Thankfully the Bible doesn’t actually work that way.

Jesus came to them and said, “All authority in heaven and on earth has been given to me.”
Matthew 28:18

The Bible itself doesn’t give itself authority. All authority has been given to Jesus and Jesus alone. Christians are not under the law and are not a part of the covenant made between God and ancient Israel. That means the first half of the Bible, while great and useful, is not there to instruct Christians on how to live. As Christians, we do not live under long lists of rules and obligations. We have only two laws: love God with all your heart and soul and mind, and love your neighbor as yourself (Matthew 22:37-40). Women don’t have to marry their rapists anymore!

When we simply say we believe in the “Biblical view” of something, we leave ourselves open to dangerous and evil things. The Bible is filled with examples, even from “heroes of the faith,” that Christians should not follow. We don’t want to have a “Biblical view”; we want to have a “Christ-centered view.” Following the Bible can lead you to war, genocide, slavery, and polygamy. Following Jesus will not.

Our words have meaning. We need to stop saying phrases like “the Biblical view of ____” regarding what views Christians should hold. On most topics, the Bible doesn’t have just one view; it has multiple. And even if the Bible does have a single view on a topic, it isn’t the Bible that is our authority—it is Jesus Christ.