The Rapture is Not a Thing What scripture says about disappearing.

The Bible is a big book—it’s actually a library of 66, 73, or 81 books (depending on the Christian tradition)—so it’s probably safe to say that the majority of Christians haven’t read most of it, let alone all of it. Therefore, we hold many of our beliefs because we’ve been told to believe them. This can be a great thing, but it can also be a harmful thing. In the case of a “secret Rapture that will make all the Christians disappear,” it is a bad thing, that is because the Rapture is not a thing.

What is the Rapture?

Since the Rapture has become a part of popular Christian culture, we have many associations with the belief: people’s clothes left on the floor, cribs emptied, unmanned cars careen off the road, planes fall out of the sky, all while those left behind wonder where these people went. Meanwhile, Christians have been rescued from a world that is about to face a seven-year Tribulation. Despite how culturally popular this belief is, most Christian churches and Biblical scholars condemn Rapture theology as a distortion of Christian faith.

The biggest problem with the idea of the Rapture is that it promotes a mentality that highly resembles a first-century church heretical belief: Gnosticism. The Rapture makes this world evil and some other “spiritual” world good. The Rapture teaches a high form a Gnosticism by teaching the church to wait for some mystical, secret escape from this earth, rather than living here and making this world a better place by participating in God’s Kingdom. In the past, this was viewed as heresy. Today, it still is; fiction novels and B-movies have just popularized it.

This may come as a surprise to many, but despite how ubiquitous the Rapture is in America today, it wasn’t something any Christian believed in for over 1,800 years. It was invented less than 200 years ago. To understand where the idea of a Rapture originated from, be sure to read this article on the site. Those who invented the Rapture did use some verses to support their view, so let’s look at them.

Where in Scripture is the Rapture?

Just a few verses in the Bible are used to point to a Rapture; the main proof-text verse comes from Paul’s first letter to the church community in Thessalonica, who was suffering under intense persecution it was under this context that Paul was writing them. While eagerly awaiting Jesus’ return, many in this church community had already been put to death. There was worry that those who had already died wouldn’t be present for Christ’s return.

Paul brings clarity and comfort by explaining that those who have already died have hope because Jesus will raise them from the dead first before even the living are given renewed bodies (1 Thessalonians 4:13-15). The next couple of verses are what proponents of the Rapture point to as proof.

For the Lord himself will come down from heaven, with a loud command, with the voice of the archangel and with the trumpet call of God, and the dead in Christ will rise first. After that, we who are still alive and are left will be caught up together with them in the clouds to meet the Lord in the air. And so we will be with the Lord forever.
1 Thessalonians 4:16-17

Prior to the invention of the Rapture in the 1830s, all published commentators interpreted 1 Thessalonians 4:13-17 as referring to the bodily resurrection.1 This same event is something that Paul writes to the Corinthians about (1 Corinthians 15:51-54).

“A loud command, the voice of the archangel, and the trumpet call of God.” Three separate loud declarations are made in these verses about how the coming of Jesus will be known to all—hardly a secret Rapture where Christians inexplicably disappear. The term “caught up” in the Latin translation of the Greek verb rapere is where the word Rapture comes from. The imagery of the Lord coming in clouds was frequently used to symbolically speak of the Lord coming in glory and power (Psalm 68:4, Jeremiah 4:13, Daniel 7:13). Even Jesus told the High Priest that he would see him coming on the clouds at the destruction of Jerusalem (Matthew 26:64).

Paul’s teaching that the church will “meet the Lord in the air” does not mean that Christians will literally ascend into the clouds.

The passage rather refers to the common ancient practice of people going outside the gates of their city to welcome home a victorious leader with triumphant jubilation. The word “meet” in Greek is “apantesis,” which is only used two other times in the New Testament, each referring to the practice of sending a delegation party to meet and escort an important visitor on the final leg of their journey. The word means to “welcome” someone. Therefore, Paul’s word choice implies that the church, once it has been “raptured” to Christ in the air, escorts him to earth. So even if God’s people will literally float up to the clouds, they aren’t staying there; they are coming right back down to earth again. 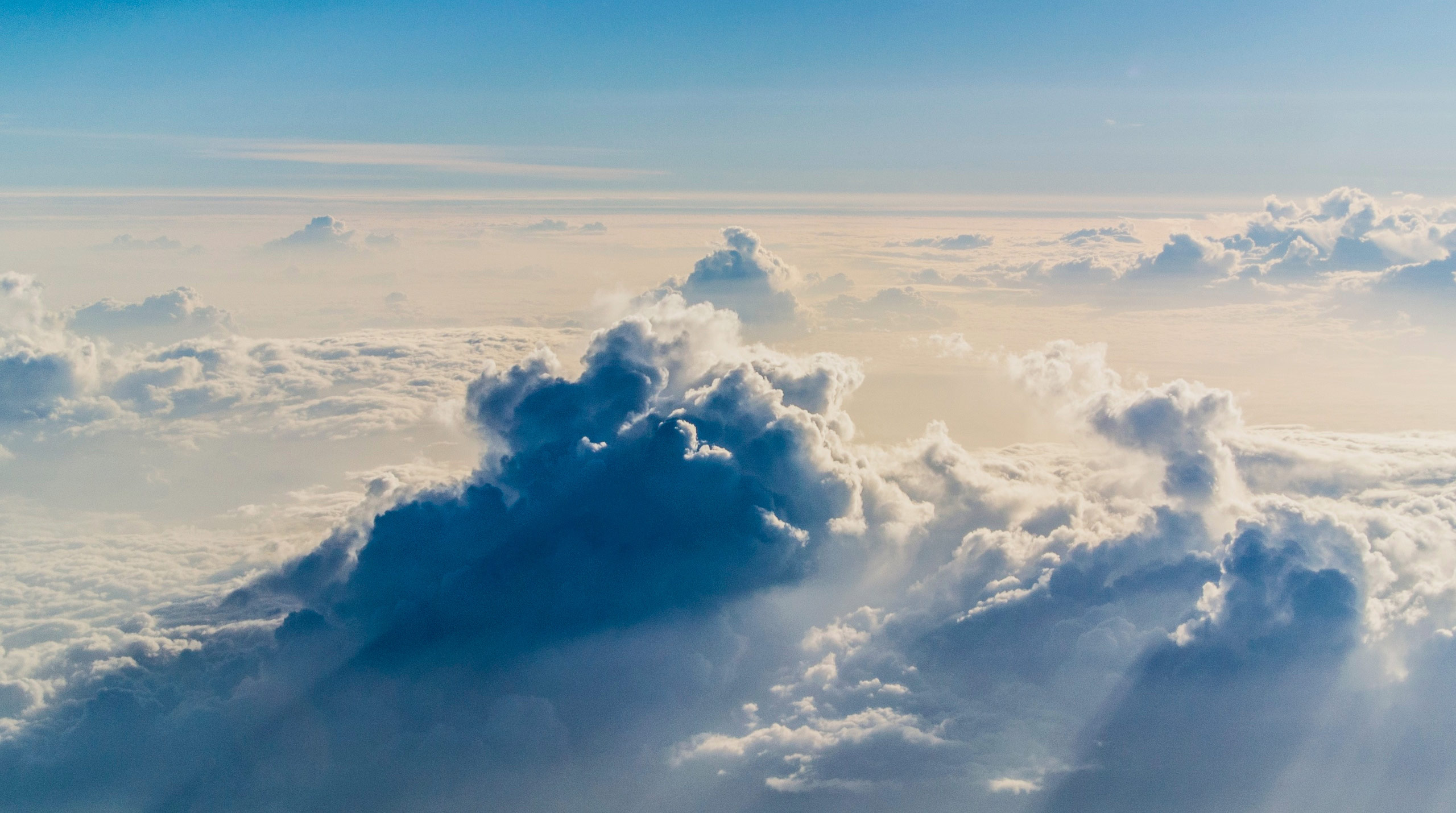 Some may be familiar with the book series, Left Behind. It sold about a trillion copies in Christian Bookstores during the late nineties and early 2000s. One verse it used a lot in its marketing material was said by Jesus:

Two men will be in the field; one will be taken and the other left [behind].
Matthew 24:40

At first glance, it appears as though Jesus is describing an event where some people are “taken” to safety, and some are “left behind” to suffer through the Tribulation. Could this be describing the Rapture? While just previously we’ve conceded that there is a metaphorical Rapture of sorts (though no one leaves the Earth), this verse doesn’t require knowledge of the original language or ancient customs to dispute.

In the surrounding passages, Jesus is describing a future event where Jerusalem is going to be invaded and completely destroyed. In the preceding verses, he says:

For in the days before the flood… they knew nothing about what would happen until the flood came and took them all away.
Matthew 24:38-39

Being “taken” is clearly a bad thing. According to Jesus, those who are “left behind” are the fortunate ones! The book of Luke has the same account, but he also records that the apostles ask Jesus about what he just said. Curiously, the apostles weren’t concerned with those “left behind,” but rather those who were “taken.” They asked Jesus, “Where, Lord?” Where did the people go?

If these passages were talking about a Rapture into a disembodied paradise, you might expect Jesus to reply, “They escaped the Tribulation to be with me.” Instead, Jesus says: “Where there is a dead body, there the vultures will gather.”

The ones “taken”, were killed; the ones “left behind”, survived.

What Jesus prophesied came to pass exactly as he said in AD 66-70. After years of violent rebellion by the Jews against Rome, the Empire decided they had enough. Those who didn’t escape as Jesus warned they should, were killed, turned into slaves, or worse—not exactly a blessed Rapture.

Are there any other verses that allegedly support a Rapture? Not really. When any other verse is used, people claim that a Rapture is “implied.” Claiming that certain verses imply a Rapture is just poor exegesis when it comes to a view that was invented less than 200 years ago. Even the writer of the popular “Left Behind” book series, Timothy LaHaye, admits there is no scriptural foundation for the Rapture: “One objection to the pre-Tribulation Rapture is that no one passage of Scripture teaches the two aspects of His Second Coming separated by the Tribulation. This is true. But then, no one passage teaches a post-trib or mid-trib Rapture, either.”2

The Rapture is not a thing, and that is a good thing. The earth is not something we want to escape from. God did not create this earth only to abandon it. He was victorious over sin and death, and he is making all things new, including this earth. How amazing is it that he invites us to participate in his Kingdom renewal project?

My prayer is not that you take them out of the world but that you protect them from the evil one.
John 17:15