The Cowardliness of Guns How the Jesus way is the bravest of all.

The “right to bear arms” is held in very high regard in much of American Evangelicalism. Through the insidious marriage of religion and politics, a cultural value of a pagan nation has made itself sacred in certain Christian circles. Many have never stopped to question how the “right to bear arms” interacts with the teachings of Jesus.

All throughout Christian history there have been holdout groups of followers of Jesus that refused to use violence. While refusing violence was very commonplace in the first four centuries of the Church, today in America it is a minority position. Sometimes those people are labeled “pacifists,” though “pacifism” does not mean being “passive,” rather it means to “pacify” the situation. Those who take the teachings of Jesus seriously, such as not repaying evil for evil, not resisting evil doers, loving your enemies, turning the other cheek, and refusing the option of violence, are often viewed as cowards by much of the American Church.

Are followers of Jesus who refuse violence or use weapons cowards?

Jesus, by definition, was a pacifist. He never used violence nor did he ever advocate the use of it. Jesus taught his disciples to live a life of nonviolence. Scripture tells us to imitate Jesus even if it means suffering (John 13:15, 1 Peter 2:21, 1 John 2:6). Jesus states that a commitment to nonviolent enemy love is a requirement of being considered a child of God (Matthew 5:43-45). Love trumping violence, every time, is the absolute center of true Christian living. It’s what the cross is all about.

When we are truly following the way of Jesus, by his teaching and his example, we love our enemies and lay our lives down for them rather than do them harm. We view our enemies as having immense worth because Jesus died for them just like he died for us. We imitate Jesus by doing good for our enemies, feeding them, caring for them, blessing them, praying for them— even if it means our death.

Despite all of this, following the example of Jesus and refusing violence has been repeatedly called cowardly. Ironically, those who have jobs most similar to Roman Centurions from the time of Jesus are venerated as heroes by the American church. Those who have chosen to follow the teachings of the New Testament and not carry or own weapons are repeatedly called cowards.

Is any of this truly the case? Are Christ-followers cowards for refusing violence? 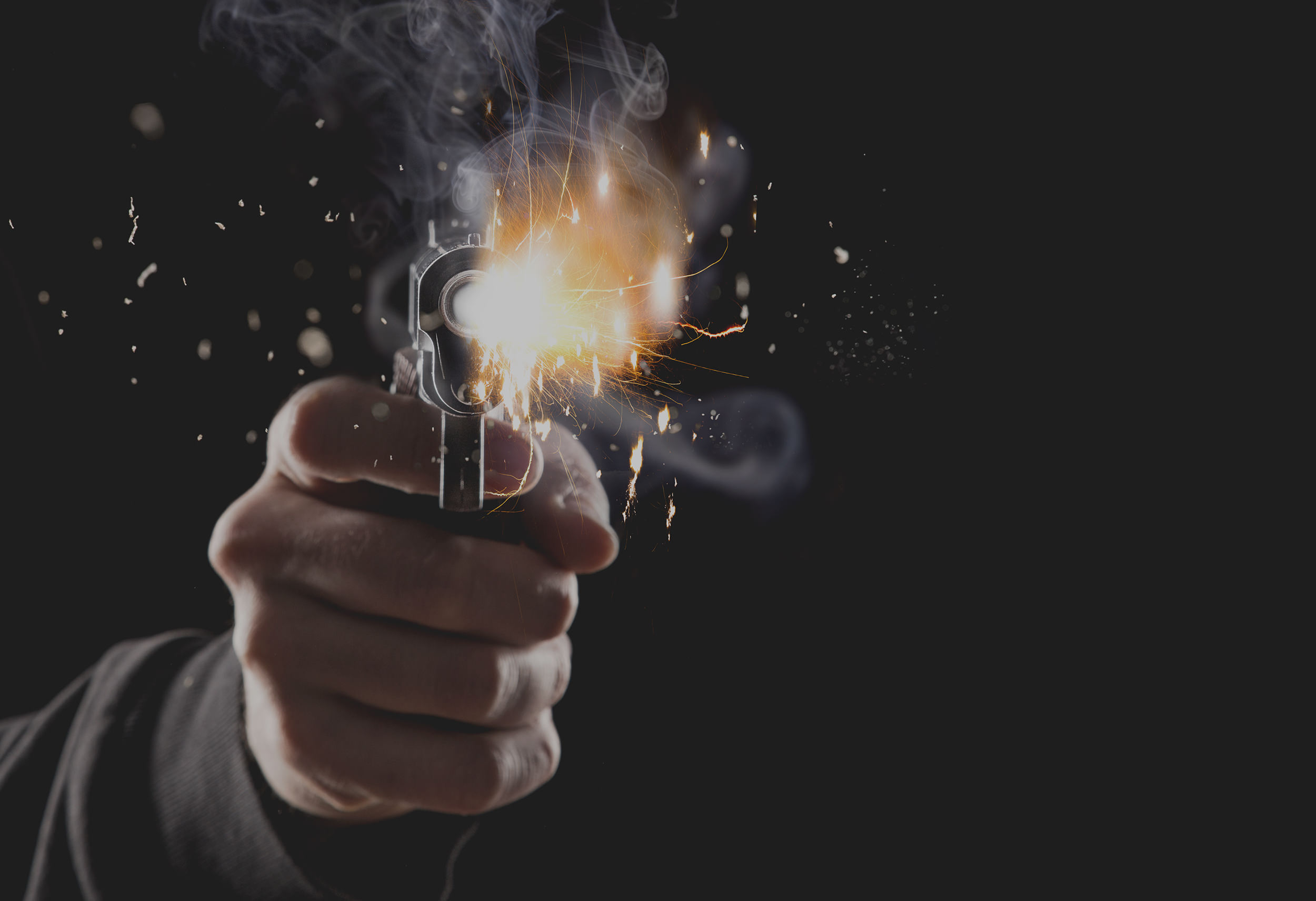 Then Jesus said to his disciples, “Whoever wants to be my disciple must deny themselves and take up their cross and follow me. For whoever wants to save their life will lose it, but whoever loses their life for me will find it.”
Matthew 16:24-25

The dictionary describes coward as: “A person who lacks the courage to do or endure dangerous or unpleasant things; one who is afraid of danger or pain.”

This is not an accurate word to define a follower of the nonviolent way of Jesus. A person like that isn’t afraid of danger or pain— in fact, they have committed to endure danger and endure pain, to the point of death, in order to obey Jesus. Someone who is willing to die for a stranger is not a coward. A follower of Jesus has the courage to endure dangerous or unpleasant things and isn’t afraid to die. Followers of Christ’s nonviolent ways are the opposite of cowardly, by definition.

Those who are serious about living out the Jesus way are anything but cowardly, they are the bravest of all.

They are willing to risk it all to follow the way of Jesus and take his teachings at face value. Having enough faith in Jesus to follow his teachings at the risk of our safety can never be called cowardly. Carrying around a gun, on the other hand, could be said to be the very definition of cowardly.

People carry around guns because they are afraid of facing danger on their own. They don’t trust in God to take care of things, they would rather rely on the power to kill, even though that power is forbidden by Jesus. Christians carry guns in order to kill— not so that they can lay their lives down for another, as Jesus taught (John 15:13, 1 John 3:16).

To carry a gun is to give in to fear and find the teachings of Jesus too risky, too costly, too self-sacrificial.

Not only is carrying or owning a gun cowardly, but it is also refusing the way of Jesus. It is passing up on the opportunity to display the beautiful, world-changing love of Jesus that looks like dying rather than killing. It is rejecting the chance to show enough courage to die so that the enemy you are commanded to sacrifice for can live. Carrying a gun makes an idol out of security, a virtue Jesus never told us to seek after, but rather taught us to abandon.

The weapons we fight with are not the weapons of the world.
2 Corinthians 10:4

The New Testament clearly states that we do not use weapons that the world does, which today most certainly includes guns. This is a very challenging call for followers of Christ. It isn’t easy at all. It is a narrow path that isn’t safe. It requires that we find security for ourselves and the people we love in Jesus Christ alone, not in an action that God forbids.

Living without weapons or violence is dangerous. It got Jesus killed. He was brave enough to resist the ways of the devil. He challenges us to do the same, even if it means death, which he warns it might.