Are You the Antichrist? What happens when we lose sight of the way.

What does the Bible really teach about the antichrist? In the 90s popular Left Behind book series, the idea of a future antichrist figure was brought to the forefront of prophesy-minded Evangelicals. In the book’s “Glossary of Terms,” antichrist is defined as “An evil figure who will plague the world and eventually be defeated by Christ in the battle of Armageddon.” Is he really a one-world ruler who will appear in the end times after the rapture and start the mark of the beast, and trigger the tribulation by entering a third Temple in Israel as the books say? Is there one antichrist or many antichrists? What are the signs that we should be looking out for? And, is it possible that you are the antichrist and you just don’t know it?

The word “antichrist” or “antichrists,” is found only five times in Scripture, and all of these references are in two small books right before the book of Revelation but not in Revelation itself. That’s it. The two little books are 1st and 2nd John.

Children, it is the last hour, and as you have heard that antichrist is coming, so now many antichrists have come. Therefore we know that it is the last hour. Who is the liar but he who denies that Jesus is the Christ? This is the antichrist, he who denies the Father and the Son. Every spirit that does not confess Jesus is not from God. This is the spirit of the antichrist, which you heard was coming and now is in the world already. For many deceivers have gone out into the world, those who do not confess the coming of Jesus Christ in the flesh. Such a one is the deceiver and the antichrist.
1 John 2:18, 22; 4:3; and 2 John 7

This is what we can gather from these passages:

1 John 2:18 — The early Christians had heard that antichrist was coming.

1 John 2:22 — Anyone who denies the Father and the Son is antichrist.

1 John 2:26 — These antichrists are trying to seduce us away from Jesus Christ.

1 John 4:3 — The spirit of antichrist denies Jesus Christ has come in the flesh.

1 John 4:3 — The spirit of antichrist is already in the world.

1 John 4:4 — True Christians must overcome every form of antichrist.

2 John 7 — There are many deceivers and antichrists in the world.

2 John 9 — To overcome these antichrists, Christians must abide in the doctrine of Christ.

After an objective look, what have we discovered? Do any of these verses describe a solitary man who only shows up in the future? It doesn’t seem so. The Bible describes not just one but many antichrists. According to 1 John 2:19, these many antichrists “went out from us,” which means out from inside of the Christian church. All of the Bible’s clear “antichrist” statements apply to deceptive elements inside of Christianity. These antichrists are subtle, deceptive, and at war with true Christians.

Because John refers to “many antichrists,” many scholars have concluded that the term antichrist refers not to a specific individual or a series of individuals, but to institutions or a system of teaching linked to false prophets. Some conclude that antichrist is a specific person by identifying him with “the man of lawlessness” mentioned by the Apostle Paul, or with the beast of the book of Revelation. But neither Paul nor Revelation specifically uses the term antichrist. Again, the only explicit references to the antichrist occur in the epistles of John.

To understand the term antichrist, we must first understand the context of John’s writings.1 During the time of the first century Church, a cult system called Gnosticism developed. Gnostics taught that the spirit is good but the physical realm is evil, therefore, they believed Jesus could not have resurrected in an actual physical body.2 Gnostics taught that Jesus came to earth only as an ethereal spirit being. This teaching is heretical because it negates the truth of Jesus shedding his human blood for the remission of sin. The Gnostics gained so many followers in the early Church (about a third of the first century Church) that John wrote his first epistle in response to their heresy. That is the context of his opening words in 1st John:

John was writing to prove as an eyewitness that Jesus was not an ethereal ghost, but a real physical person. He even remarked in John 1:14, “The Word became flesh and made his dwelling among us.” John’s writings were very focused on those who had fallen into the first century Gnostic thinking. And in both 1st and 2nd John, he called those who claimed Jesus didn’t have a physical body antichrist:

Dear friends, do not believe every spirit, but test the spirits to see whether they are from God, because many false prophets have gone out into the world. This is how you can recognize the Spirit of God: Every spirit that acknowledges that Jesus Christ has come in the flesh is from God, but every spirit that does not acknowledge Jesus is not from God. This is the spirit of the antichrist, which you have heard is coming and even now is already in the world.
1 John 4:1-3

I say this because many deceivers, who do not acknowledge Jesus Christ as coming in the flesh, have gone out into the world. Any such person is the deceiver and the antichrist.
2 John 1:7

John clearly said any person who denies that Jesus came in the flesh, which is what the Gnostics of the first century were doing, is operating in the spirit of antichrist. In other words, the antichrist isn’t a person; it is a belief system, specifically in this case, Gnosticism. 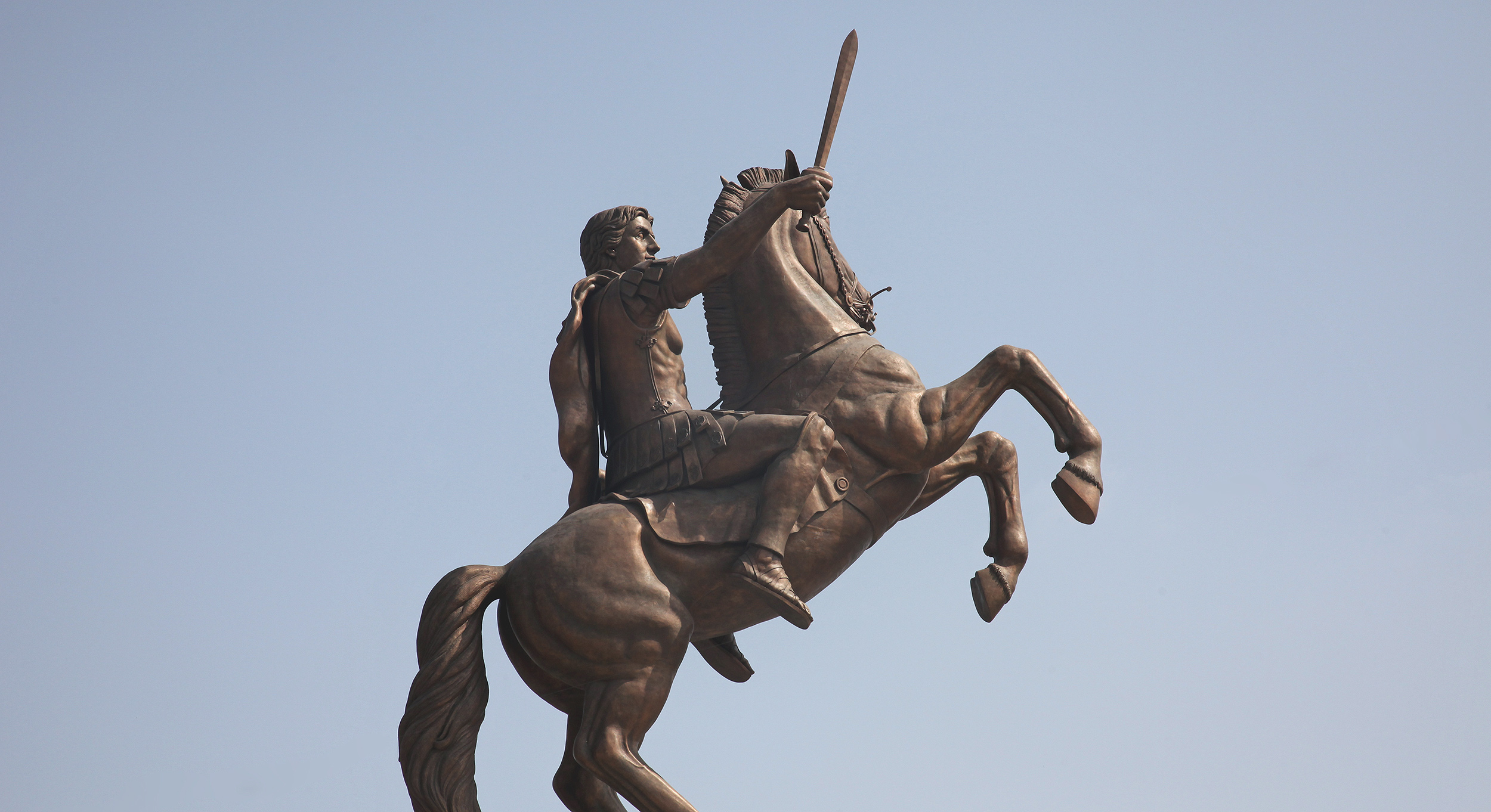 But what about THE Antichrist that is supposed to appear in the end times? It is true that the Bible does, in one place, seem to mention a singular Antichrist.

…you have heard that the Antichrist is coming, and already many such antichrists have appeared.
1 John 2:18 NLT

…as you have heard that antichrist is coming, so now many antichrists have come.
1 John 2:18 ESV

When understanding this verse, it is important to note that certain Bible translations have inserted a word that is not in the Greek, creating much confusion. In 1 John 2: 18, these translations insert the word the before the word antichrist, making it a proper noun, which then requires them to capitalize the word Antichrist. This distorts John’s original meaning. The early Church had heard that antichrist (false Gnostic teaching) was coming, but they had not heard that the Antichrist (a one-world ruler) was coming. The insertion of ‘the’ and the capitalization of Antichrist was added 1500 years later by translators.

The only one of the late 1st/early 2nd Century Apostolic Fathers to use the term “antichrist” is Polycarp (69-155AD), who warned the Philippians that everyone who preached false doctrine was an antichrist.3 His use of the term Antichrist follows that of the New Testament in not identifying a single personal Antichrist, but a class of people.4

The prefix anti- normally means “against” and suggests someone who is in opposition to something. In this sense, antichrist refers to someone who stands in opposition to Christ and who is his very antithesis. Jesus left us with a warning that many others would come claiming to be of Christ but would not be of Christ. This warning fits perfectly with John’s warning that antichrist people would come from within the Church. Even though these writers had their present time clearly in mind when referring to antichrist, the threat still holds today.

So are you or someone you know an antichrist? Figuring this out isn’t as complicated as it might seem. All we have to do is examine what the real Jesus did and said and compare it to someone or something else. It is through this method that we will never mistakenly accept anything, or anyone, who claims to be of Christ but stands in opposition to his teachings or his actions. The first step is to learn what those things are.

Watch out for false prophets. They come to you in sheep’s clothing, but inwardly they are ferocious wolves.
Matthew 7:15