The Marcionism Strawman Dealing with the Old Testament like Jesus did.

If ever a Christian has moral issues with how God is sometimes portrayed in the Old Testament, theological gatekeepers will fling the term “Marcionism” or “Marcionite” to dismiss such questioning as heresy. Knowingly or unknowingly, it is used as a strawman argument to villainize someone who notices discrepancies in the Bible. Accusers are often fundamentalists or inerrantists, but in any case, they wish to defend Scripture from their point of view.

Marcion of Sinope was a man who lived from AD 80-160 in the Roman empire. He is responsible for the first New Testament canon to ever exist. While not considered an early Church father himself, he is likely ultimately responsible for spurring on the creation of the Apostles’ Creed and the Catholic canon of Scripture. Marcion read the Hebrew scriptures (the Old Testament) and was appalled by how sometimes God was portrayed as a violent, vindictive, spiteful, genocidal god. He wondered how this god could be compatible with the always loving, caring, compassionate, merciful, and graceful god he saw in Jesus Christ. Many, many, many Christians and non-Christians notice the same thing. Many Christians seek to understand and explain the solution to this problem. That is what Marcion of Sinope did—he just went a little too far. Okay, he went a lot too far.

Marcion didn’t stop there. He also had some pretty heretical views on Jesus. Marcion believed that Jesus never had a physical body or that he was ever born at all. He rejected the belief in Jesus returning, of a coming judgment, and the bodily resurrection of humankind. All of Marcion’s beliefs are outside of Christian orthodoxy and are rejected by Rival Nations.

Literarily Instead of Literally

The term “Marcionite” is often used to describe people who find solutions to the discrepancy of God’s violent nature in the Old Testament and God’s nonviolent nature in the New Testament. Most often, the slander isn’t even made against people who actually believe what Marcion believed; rather, it is just used as a strawman to dismiss the argument. But many Christians struggle with what Marcion struggled with, and better solutions have been found.

Several early Church fathers, including Origen and Tertullian1, wrote against Marcion’s beliefs. They took issue with Marcion for the root of his issues: taking the Old Testament too literally. These early Church fathers didn’t interpret the whole Old Testament literally, and interpreted much of it allegorically, especially when related to the record of violent acts.

The early Church fathers agreed with Marcion that Jesus shows us the exact representation of God and that in comparison, no one has ever seen God (Hebrews 1:1-3, John 1:18). That, by itself, is completely orthodox and central to Christianity. But Origen believed it was sinful for Marcion to interpret the Old Testament’s violent stories as literal, the root cause of him throwing out the Hebrew Scriptures. Origen remarks about Marcion’s downfall, “Holy Scripture is not understood by [Marcion] according to its spiritual, but according to its literal meaning.”2 Would strict literalists who fling around the accusation of “Marcionism” apply that insult to all the church fathers who interpreted portions of the Hebrew scriptures allegorically? Unlikely.

Reading Through the Cross

Interpreting the Old Testament through the lens of Jesus and the Cross is what makes Christianity different than Judaism. Interpreting the Old Testament differently than a modern Jewish Rabbinic scholar doesn’t make one a Marcionite. Christians start all their theology and interpretive hermeneutics at the Cross and go from there, not the other way around. This is why Paul says that he resolves to know nothing except Christ crucified (1 Corinthians 2:2).

More About the Christocentric Cruciform Hermeneutic 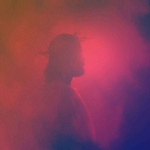 What God Actually Looks Like - What is God like? Most Christians will point you to the Bible in order to answer that question. They wouldn't be incorrect, but have you actually read the Bible? The Bible has all sorts of different depictions of God; some are spectacularly wonderful and some are abhorrently disgusting. Despite what your pastor may have told… … 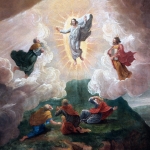 Jesus Is What God Has To Say - God is Jesus. God looks exactly like Jesus. In 30 AD, the God that people for thousands of years were trying to know but never really knew, finally made Himself known to the world (Hebrews 1:3, John 1:14). We may ask why he took so long to make himself fully known, but he didn't wait… … 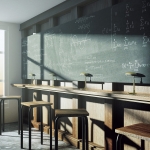 Welcome to Jesus School - The Bible can be very confusing. How to interpret it has been debated for thousands of years. How do we know what God is really like? How did Jesus understand his Bible? Contrary to popular opinion, the Old Testament is not a single book with one unified view of who God is and how life works.… … 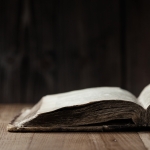 When the Bible is Wrong About God - There is a sacred belief in Fundamentalist Evangelicalism that every account of history and every depiction of God in the Bible is true and accurate. It is a 'safe' but untenable view filled with conflict. The Bible presents us with a God who is said to command the murder of thousands of women, children, and infants… … 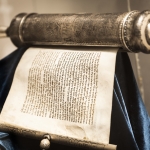 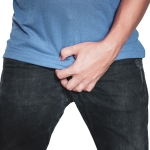 Cut Off Your ____! - Paul, the writer of the majority of the New Testament, in a moment of frustration in his letter to the Galatians, exclaims, "I wish they would go the whole way and cut off their dicks!" Paul was quite feisty. Of course the verbiage recorded in scripture is a little more proper but the meaning is… … 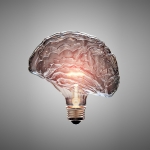 Is God More Evil Than You? - The Bible is a pretty mixed bag when it comes to morality. On the one hand, you have the revelation of a creator God whose very essence is love, which is expressed through compassion, mercy, and forgiveness. On the other hand, you have a God who is portrayed as being merciless, vengeful, and genocidal. If… …