Church is a Political Protest Revolting against Satan's primary power.

The Church is inherently a protest against the powers that run the world today. It doesn’t always look like that though. Sometimes it looks like the Church is more in bed with the powers of this world than it is revolting against them. The story of how it got that way is a sad one, but a story we must learn about if we are to get things back on track. To understand what the Church should look like now, it is helpful to understand the early Church in the first century.

Church is not a building or a place. The New Testament never once describes it as such. The Church is God’s people, those who belong to Jesus Christ and serve him as Lord and Master. The Church embraces peoples of all kinds, tribes, and tongues. The Church’s primary expression of God’s character is love for all people, including enemies. The Church are those who live out the teachings of Jesus and seek to be more like him. In doing so, the Church revolts against the things that Christ revolted against.

Sin, death, and the dark spiritual powers in this world are the Church’s real enemies. These true enemies exercise the height of their power in the form of human government. Therefore, it is no surprise that the Church is inherently a political protest. The Church is an embassy of Heaven to the world, and we are described as foreigners in the land we live (Hebrews 11:13; 1 Peter 1:17, 2:11). We are ‘aliens’ and ‘exiles’ who are peacefully subverting the evil power structures of the worldly nations we live in.

In the interim period between Jesus’s resurrection and our resurrection, the Kingdom of God finds expression in the local Church. Churches in every locale are the new temples of God, where his glory resides and is experienced. God’s Kingdom will one day envelop the earth. Creation will be renovated entirely to its pristine condition prior to the rebellion. Paradise lost will become paradise regained, perfect in every way. But until then, the Church is the gathering and expression of the Kingdom here and now.

The Meaning of ‘Church’

The Greek word ekklesia, translated as ‘church’ in most Bibles, was commonly used in the first century to describe a voluntary association or meal club. The word ‘church’ was already in wide use before Jesus adopted it. So when Jesus said he will build his ekklesia (Matthew 16:18-19), his disciples likely understood him to be speaking of a new voluntary association.

Within the Roman Empire, voluntary associations (collegia in Latin) were social organizations, or more specifically, supper clubs. Each association had its own goals and purposes for existence. Some were professional or occupational guilds. Others were religious or cultic groups whose members honored a particular deity. These groups placed much emphasis on fellowship and benevolence. Regardless of their stated purpose, all associations had one thing in common: their meetings revolved around meals.1

Regardless of the precise nature of each association (church), they all had one thing in common: they were supper clubs. They held regular reclining banquets, usually at weekly intervals. A typical Roman banquet usually lasted three or four hours. It was divided into two sections: the full-course meal, called a deipnon, followed by a prolonged period of leisurely drinking called a ‘symposion’ (Greek) which included discussion. These two segments were joined together by a ceremonial act known as a libation, a drink offering of mixed wine, followed by a hymn honoring the deities or a patriotic song in remembrance of a great battle.

First, their libations had to be offered in the name of the emperor and Rome and during the symposion. Second, they could not engage in any discussion or actions against the state.

These regulations enabled Rome to keep its subjects in line with the Empire’s political agenda. More importantly, this ritual of forced patriotism allowed the people to accept the love of country as their own beliefs. We can see many similar rituals being used today in America, such as the Pledge of Allegiance in public schools or the National Anthem during today’s versions of the colosseum games. Just as in Rome during the first century, these patriotic rituals are so ubiquitous that they appear harmless. 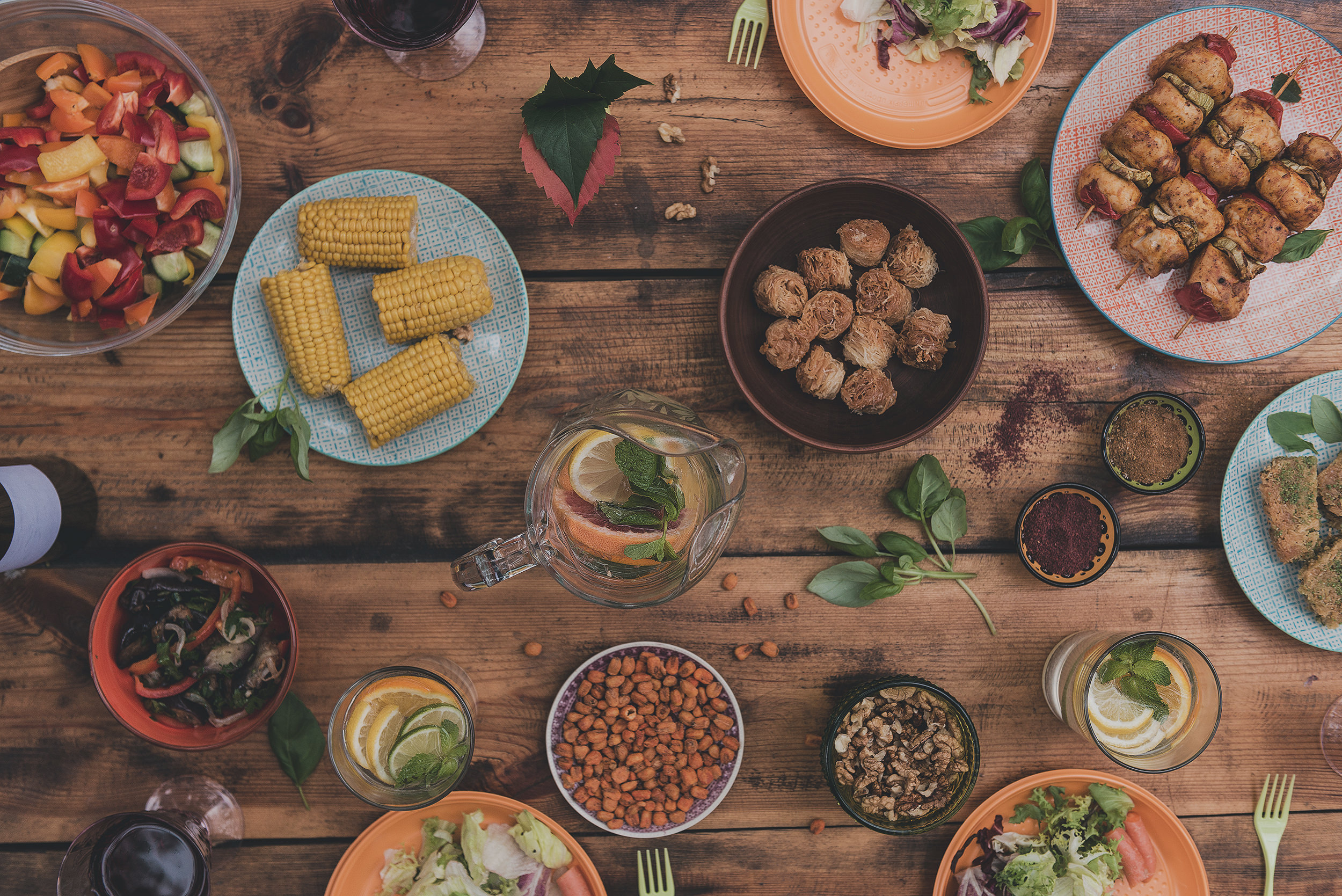 If the ekklesia Jesus built was structured after a Roman ekklesia, or voluntary association, a picture of the New Testament church emerges, that makes more sense. When Acts and the epistles are read in this context, we understand why the church meets weekly for a community meal. This is what similar voluntary associations did.

Although the Christian communal meal looked much like a typical Roman banquet, it had a different purpose. The three to four-hour deipnon and symposion constituted the entirety of Christian worship. In the first hour or so, believers reclined on couches and ate a leisurely meal, followed by a toast to Jesus—not to Caesar—as Lord. Then, they spent another hour or so singing anti-imperial hymns about Jesus (who overcame death at the hands of the Roman authorities, overturning their ‘power’), teaching about God’s Kingdom plans to bring all empires under his reign, praying for daily sustenance, reading aloud apostolic letters that instructed them how to live according to the ethics of the Kingdom of God, and ministering to each other through spiritual gifts.

This mealtime gathering in Jesus’s name was a politically subversive act, challenging Rome’s ideological claims and right to rule the world and upholding Christ’s right to rule the world as God’s authorized King. Christianity claimed that nations, governments, kings, and presidents had no right to rule. In essence, the Christian banquet was a behind-the-scenes act of nonviolent resistance. It was anti-nationalism, anti-imperialism, and anti-patriotism precisely because it was pro-Kingdom of God.

Another weekly symposium practice was the reading aloud from the Hebrew Bible, the apostles’ letters, and the Gospel accounts. Nearly all the epistles were addressed to a local ekklesia or group of ekklesiai and were to be read openly in front of the entire church. These writings addressed various issues the Church was facing as they attempted to represent the Kingdom of God in an empire that claimed the right of manifest destiny as its own. When analyzing these letters, we discover them to be as political as they are spiritual because they challenge Caesar’s title as Lord, they speak of Jesus as a King, and they look forward to the growth of a Kingdom that will spell the demise of all other kingdoms, including Rome.

The Church in America should also look forward to the growth of the Kingdom and thus the demise of worldly nations such as the United States. When one of Jesus’s disciples asked, “Lord teach us to pray,” Jesus provided a model that is Kingdom-centered, that opposes Roman ideology, and asks heaven’s blessings to come on earth. When we analyze the words carefully, we notice how political it is.

Our Father in heaven,
hallowed be your name,
your Kingdom come,
your will be done,
on earth as it is in heaven.
Give us today our daily bread.
And forgive us our debts,
as we also have forgiven our debtors.
Do not allow us to succumb to temptation,
and deliver us from the evil one.
Matthew 6:9-13

The prayer is addressed to the God of Israel as Father. The Romans prayed to Jupiter, whom they conceived to be their heavenly father. To ask the living God that his will be done on earth is a request that supplants Jupiter’s reign and Rome’s right to rule on his behalf. If the Christian God’s will is done, Rome falls. Because we know from Scripture that Satan rules all nations of the world, all modern nations must fall as the Kingdom expands.

Next, the call for God to provide daily bread is a direct rejection of the Roman system of patronage. The mention of debt forgiveness challenges the entire economic structure of Rome (and modern empires such as America), which seeks to keep everyone in debt and thus control them. The cry to be delivered from the evil one may refer to Caesar or to Satan, the power behind Caesar’s throne. In either case, it is a call for political deliverance. Christ’s prayer to model was an act of treason. 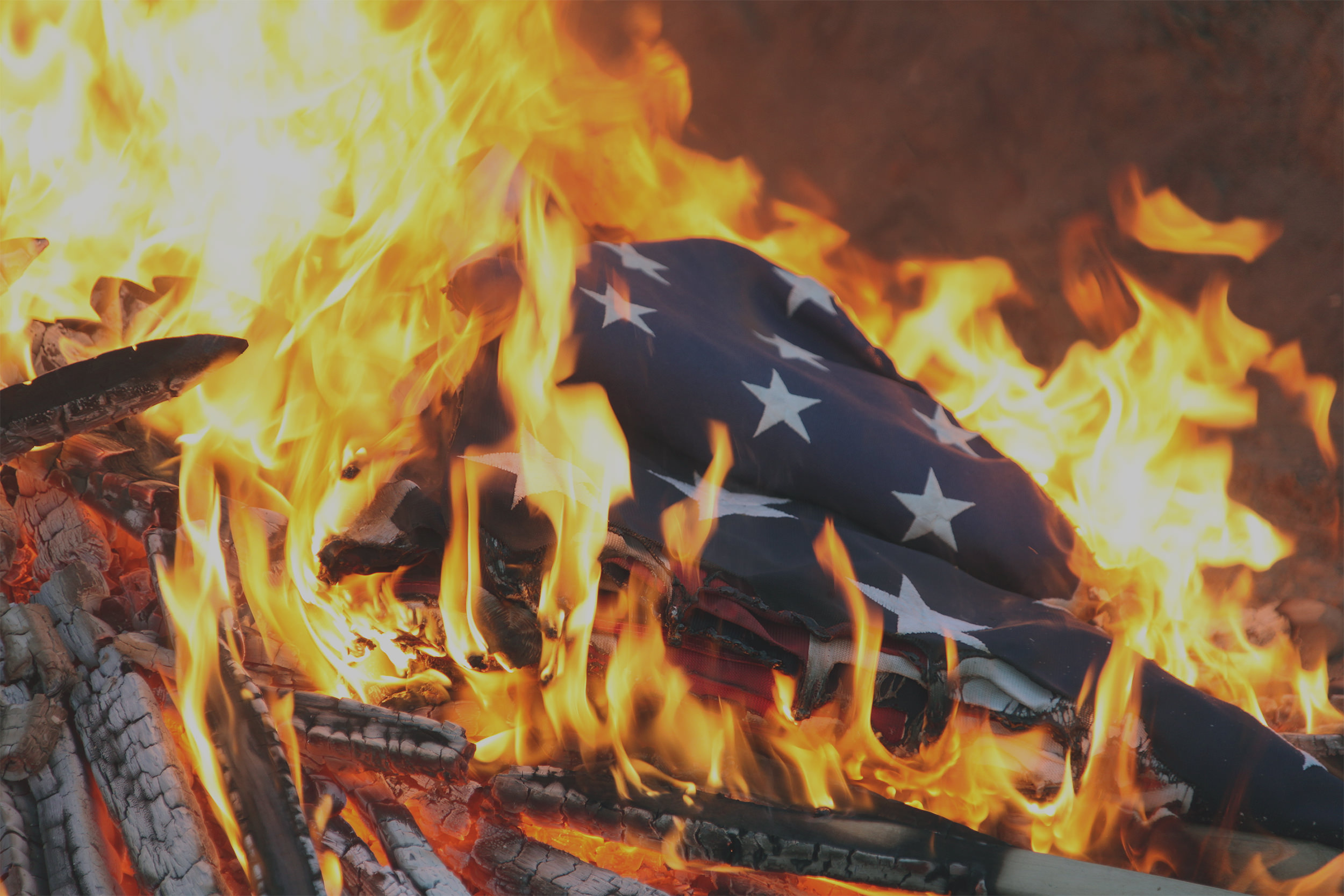 As a Christianized voluntary association, the church participated in a full meal and symposium. But instead of honoring Caesar and the Roman gods with libations and upholding Rome’s agenda of Pax Romana (peace through violence), believers lifted a cup to Jesus as Lord and to Yahweh, the God of Israel, proclaiming that true peace comes to earth only with the arrival of God’s Kingdom. Therefore, in the first century, all worship was political, and by the Empire’s standards, subversive!

Because Christians met behind closed doors, their pro-Kingdom-of-God and anti-imperial activities flew, for the most part, under the Roman radar. However, if a Roman official or Jewish person with allegiance to Rome ever found out what Christians were actually doing and teaching, the full wrath of the law might fall on them.

Imagine the following scene. A first-century non-Christian on her way to the market passes by the open window of a home where followers of Jesus are gathered. She happens to look inside and sees people reclining and enjoying what looks like a typical Roman meal. The diners are having a good time as they eat, drinking mixed wine, singing, and engaging in lively discussions. Nothing seems out of the ordinary.

However, what if she decides to hide in the bushes and eavesdrop? She quickly discovers the participants are involved in subversive activities. For example, they do not pour out a libation to a Roman deity or acknowledge Jupiter and Caesar as their patrons. Instead, listening to their hymns, she is shocked to find them singing of their allegiance to another kingdom and a different Lord. And when their teacher stands up and renounces Rome, her jaw drops open, and her heart skips a beat.

But if she should linger a bit longer, she might witness an extraordinary manifestation of God’s glory as members utter prophecies, sing Spirit-inspired songs, pray for the sick, exhort sinners, encourage the suffering, read letters and Scriptures, and proclaim the good news of the Kingdom. As she watches, an alcoholic neighbor falls to his knees, begging for help, and is raised a new man praising God. A crippled woman whom she recognizes is healed and stands to her feet. Witnessing firsthand the supernatural move of the Spirit, she decides not to report the group to the authorities but knocks on the door and seeks entrance for herself.

This is what a Kingdom-focused church looked like in the first century. The Church renounced their former allegiance to their former nation and sang patriotic songs about Christ’s nation. The Church recognized that Satan rules their former nation. This is what God wants the Church to be today. Wherever believers are found— in Russia, Egypt, Nigeria, Cuba, Iran, or the United States—they can experience heavenly blessings now as they gather as a community of the Kingdom.

When the church functions as a voluntary association of the King, a colony of heaven, and an embassy of Christ’s nation, it represents God’s government and operates as an alternative to the government of the state where it is found. People will quickly see a difference between the way God and his people act and how their own government and people act. Outsiders should look at the church and at first think, “traitors!” and then realize they have found the truth, the way, and the life.