What’s With the Logo? A lamb with a sword stuck in it.

This website’s logo is a little strange looking. A lamb with a sword stuck in it? Why a lamb? Why a sword? And why are the two together?

First, let’s talk about the lamb. A lamb, in ancient Israelite culture, was a symbol of salvation from oppression. In the story of the Exodus, we read about how lamb’s blood was used to mark homes to save their inhabitants from “the destroyer” (Exodus 12:23). From then on, a lamb dying to save God’s people became a symbol of the Passover celebration, a remembrance of when the destroyer passed over their homes.

Jesus is referred to as a “lamb” 33 times in the New Testament. Interestingly, before the death and resurrection of Jesus, only John the Baptist referred to Jesus as the “Lamb of God” (John 1:29). It seems that the Jewish people, anticipating a warrior Messiah, couldn’t fathom referring to their potential savior as a lamb instead of something like a mighty lion. In the last book of the Bible, Revelation, it is fully revealed that Jesus isn’t the warrior that many thought he would be; instead, he is the lamb.

Then one of the elders said to me, “Do not weep! See, the Lion of the tribe of Judah, the Root of David, has triumphed…” Then I saw a Lamb, looking as if it had been slain, standing at the center of the throne…
Revelation 5:5-6

John, the author of Revelation, is told in his vision to look at a Lion, but instead, he sees a Lamb “looking as if it had been slain, standing…”  This vision is illustrating the unexpected reversal of the Messiah. Jesus is the savior who allows himself to be killed by his enemies so that he may offer life to his enemies. This is radically different from the expectations of a warrior Messiah. The Lamb is slain yet it is still standing! Jesus wasn’t defeated; he was victorious on the cross (Colossians 2:14). 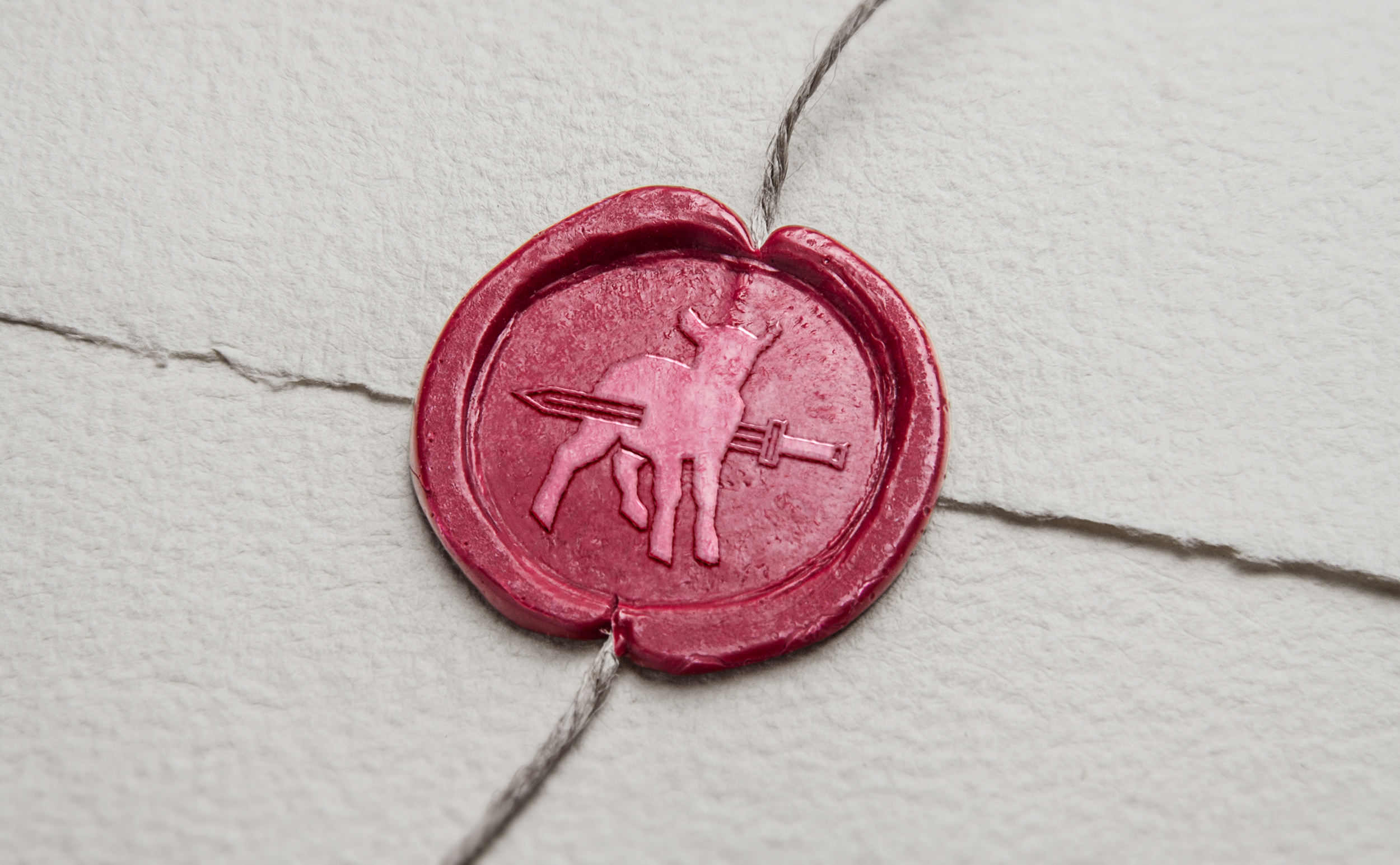 Jesus is the Lamb that was slain, and he was slain on a cross, so why a sword? For many people, the symbol of the cross has been used so often in Christian iconography that it has lost much of it’s meaning. A cross no longer effectively communicates a device designed for murder, as a guillotine, a gun, or a noose would. Rather, most see it as a symbol representing a religion. So instead, for the logo, another tool designed for killing is used: a sword. This was a tool of death that even the apostles had access to.

While today we would use a gun to kill people instead of a sword, this bladed weapon remains a classic symbol of battle and murder. The sword represents the world’s systems of violence that they rely on. In the United States, we still have the same system of violence that killed God: the death penalty. The world believes that killing is sometimes the solution to problems. That is why we have police, soldiers, and executioners.

Violence is the power of the world and of the empires that rule it.

When the world’s power is on display, it is at the end of a sword. The power of the sword is crucial to empires. This system of violence relies on the ability of those in power to inflict pain on those who threaten or defy their authority. The raised sword gives them their power, and that keeps every nation of the world intact. Without the power of the sword, and the patriotism to support it, every nation of the world would fall. This is in stark contrast to Christ’s nation, the Kingdom of God, which was established without any violence and requires the absence of violence to live in it. 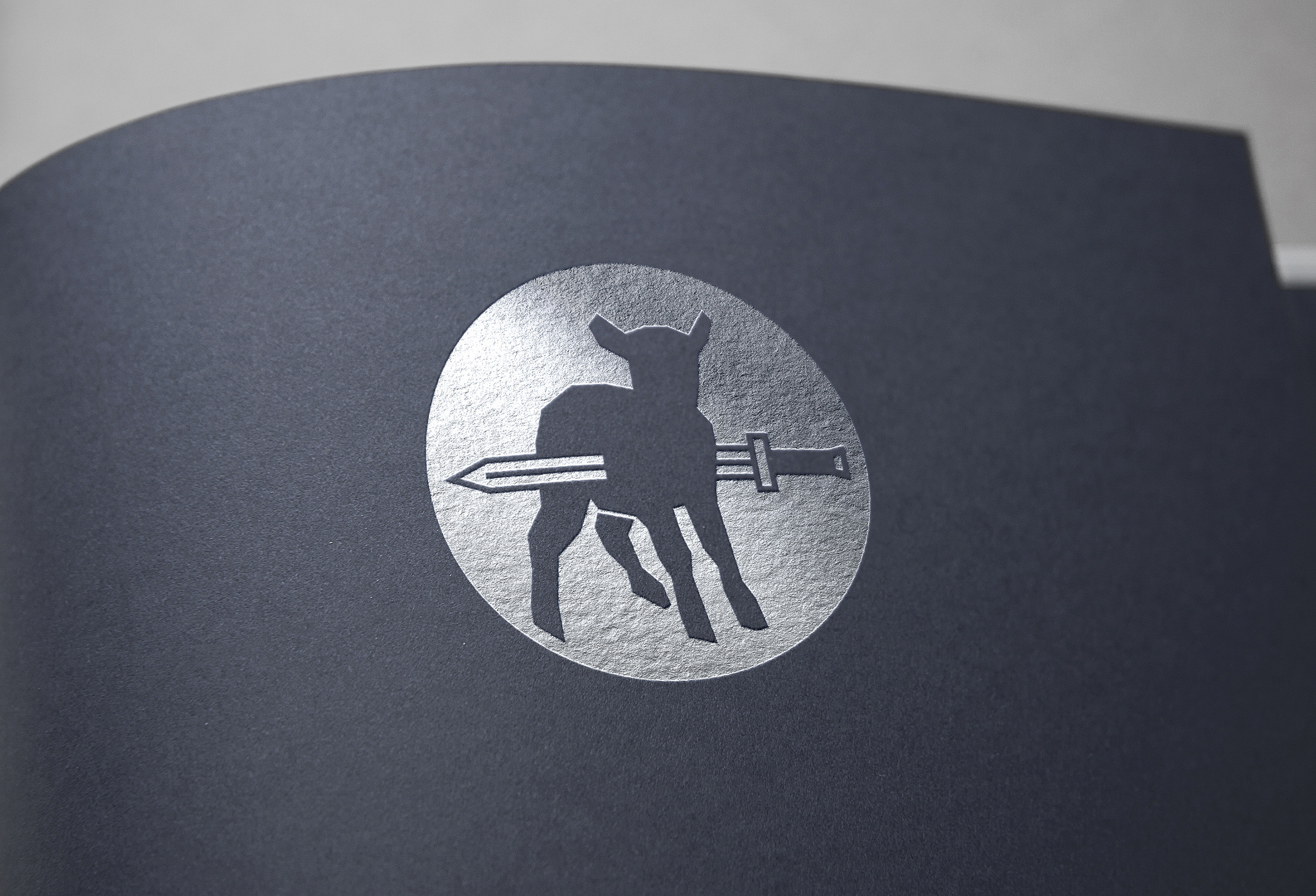 The Lamb and the Sword

The pragmatic tool of violence was always on the table for Jesus, but he never resorted to it. Rather, he rebuked it. So was Jesus foolish? Cowardly? Or Faithful?

For the first 300 years Christians denied themselves the power that killed Jesus.

With the fusion of church and state, all that changed. Ever since the fourth century, we’ve tried to justify using the power of the sword. We’ve tried our very best to make Jesus seem violent for that justification. But the Lamb looking as if it had been slain stands in contrast to our sinful desire for a lion instead.

A lamb with a sword stuck in it.